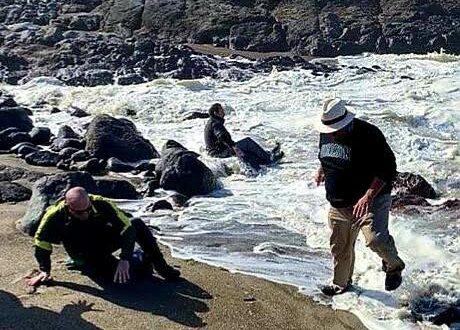 The Afterlife: This Is It.

The Afterlife: This Is It.

It all goes by so quickly.

We are a blink of an eye in the endless passage of time. We come, we go and even the greatest of us will become the faintest of memories.

How fervently we wish that were not the case. How can our lives matter so little? There must be more. There must be some continuation, some version of our life that continues after our earthly body dies.

I imagine most of us wish that were true. Many of us believe it to be true as a matter of faith.

My mother died in April 2020 at the beginning of the COVID pandemic. She was in a Medford, Oregon, rehab hospital recovering from a fall. I had been able to visit over Valentine’s weekend. It was a good visit. She was frail but mentally sharp.

One evening I asked her questions about her childhood while my brother videotaped her responses. We knew there was little time left to record those stories for her children, grandchildren, and great-grandchildren. It was a good evening.

Shortly after, the hospital went into COVID lockdown. She was not able to return to her senior home. And no more visitors. So, when my mother took a sudden turn for the worse, we were not able to visit. And as she quickly slipped away even phone conversations became impossible. My brother, who lives nearby, was allowed in at the end. Just an hour or so before she died, he held the phone to her ear so I could say my goodbyes, to tell her how much I loved her and how her life had been a good one for which she should be proud.

She may have heard. But I will never know.

Through her life, even when living across the country, I would talk to my mother once a week. On the phone and during our visits, I exchanged the usual declarations of love and devotion. Routine, almost.

But when it mattered most, given one last meaningful opportunity, I was not able to say goodbye.

A Wish For Reunion

Of course, I wish that on my death I would be reunited with my mother, my father, my sister, and my brothers. That I could say the things I was unable to say in life, to enjoy an eternity in the company of those I love most. To be with my dear Carla.

None of that has ever made sense to me. Fairy tales rooted in the dawn of humankind.

Belief In Life After Death

Anthropologists and historians are uncertain at what point in pre-history humankind began to believe in life after death. Animals that die are simply left in the wild to rot, to return to the earth. That was likely the case with the earliest humans. But there is ample evidence that at some distant point early humans, cave dwellers as we think of them, began to bury their dead, often with trinkets from their lives. What may have begun as simple hygienic acts morphed into some sort of presumption of life after death, of some continuation.

To this day we are fascinated by the religious beliefs of the earliest civilizations. Who is not astonished by the funerary rites of the ancient Egyptians who stocked their burial chambers with all manner of goods needed in the afterlife? Burial mounds around the world, from indigenous populations in North America, to northern Viking mounds, to burial chambers in South America, Africa, and Asia, reflect similar beliefs.

The world’s great religions have incorporated some version of the life-after-death mythology. Fairy tales.

As an atheist, any belief in the afterlife that I might have must be separated from religion. If I do not believe in a god then I cannot believe in heaven or hell or judgment or divine redemption.

For me, a belief in an afterlife would have to be rooted in something other than faith, in science, in physics, in the complex workings of the universe. So, for me, lacking any scientific evidence of any kind, I cannot believe in any form of life after death.

And there is a considerable body of literature dealing with near-death experiences and even with notions of reincarnation. And out of all that, nothing.

In being asked to consider this topic for a series of Faith and Values columns, one question was posed that some might think most troubles people like me. If there is nothing to come next, are our lives somehow rendered meaningless?

On the contrary, I believe our lives have greater meaning. We have only one chance – one chance to hope, to strive, to learn, to love, and to mourn. If this is it, every moment is that much more precious. Every decision we make all the more important. There is no do-over. Ever.

My mother believed in an afterlife, though her conception was elusive. My father believed. Many of my friends believe. My wife believes.

One of my closest friends, a one-time Mormon, still believes that she will be greeting me in some sort of after existence. She will give me a big hug and we will both laugh at the folly of my disbelief.

If she is right, I will laugh with her and apologize for ever disputing her. And then I will go find Mom, and Dad, and when the time comes, dear Carla.

But if I am right, there will be no hugs from friends, no reunions with loving family. We will never know, of course, and it will not matter.

Time will move toward eternity without us as it always has and always will.