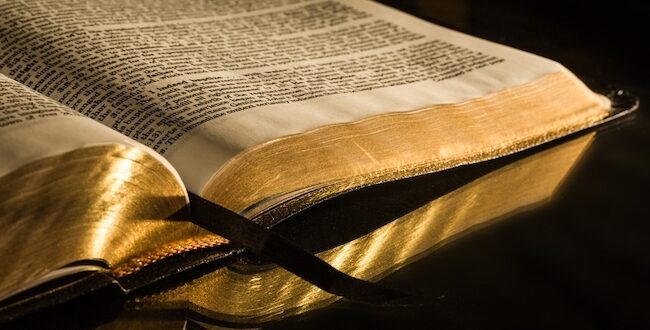 The Afterlife: The Problem With The Term “Afterlife”

The Afterlife: The Problem With The Term “Afterlife”

The word “afterlife” has always bothered me a bit.

When I was a child, my mother talked about a place called “heaven” — the place where God dwells, from which he hears our prayers. It was presented as a happy place — a place that exists right now.

I was a little older when I first heard the term “afterlife.” I did not equate it with the same heaven my mother had described. It didn’t sound like something that had existed when we were alive, but that came into existence after we died. Thus it could not be the same place as “heaven.”

The Bible and “Afterlife”

With that convolution still in my head, I accepted Christ at the age of 30. One of the first things I did was to look through the Bible and see if the word “afterlife” was ever used. It was not. Then I began to dissect the meanings of the different words in their original languages. I noticed in the descriptions of the different words, the preposition “after” is never used.

The word “above” is used in a number of cases. The word for “heaven” at the beginning of the Lord’s prayer is οὐρανός (Uranus). Strong’s Old & New Testament Greek Lexical Dictionary defines it as “the region above the sidereal heavens, the seat of order of things eternal and consummately perfect where God dwells and other heavenly beings.”

A lot of emphasis is placed on heaven being “above” in some sense, and to our somehow being “below” while we are here on Earth. Interestingly, three words for heaven correspond to the ancient Greek words for “beyond”  — a preposition that has no direct opposite, but that suggests transcendence. Very little emphasis is placed on heaven being “before” or “after” anything. As I looked into the Bible further, I realized why this is.

The heaven where God dwells is in a timeless realm. Time is a function of our earthbound incarnation; and in fact, it is one of the things that binds us.  We are bound every time we look at our watches. We are bound as we rush to get somewhere exactly on time. None of the stress related to time pressure entails in the kingdom of heaven.

While heaven is a place that frees us, on earth, we find we are bound. We are confined by the demands of a dying flesh, by the dictates of a corrupt world-system, and by the inevitability of death. Time is a way of measuring events that take place between birth and death. Heaven is in a place of eternity, where time is immeasurable, and no one will be “under the clock.”

If this seems completely insane or nonsensical, all I can say is that in my reading of Scripture over many years, this is what the Word appears to be saying.  Time is something that needs to be measured on earth.  There is no “measurable time” in heaven.

Seen in this light, to ask what happens after death is like asking what’s North of the North Pole. It is a meaningless question. In heaven, it will not seem that the earthly life is something that came “before.”

It is for this reason that Scriptures say things like this: “One day in heaven is as a thousand years, and a thousand years in heaven is as one day” (2 Peter 3:8). Often there is mention of there being a “day” or  a “new day” that clearly does not correspond to the 24-hour day we use to measure the alternation of day and night on earth. In fact, the Word even says there will be no night there (Revelation 21:25). Those in heaven “will need no lamp nor light of the sun for the Lord God gives them light”  (Revelation 22:6).

These verses are to be taken to heart. These new “days” are not measurements bound by the repetitive alternation of day and night. This pattern of alternation, measured by calendars, is not the kind of thing we may expect to encounter in the timeless experience of heaven.

The Experience of Heaven

This experience of heaven also takes place on earth. This is one of the reasons why Jesus said: “The kingdom of God is within you” (Luke 17:21). We get glimpses of heaven on earth — and if we are to be honest with ourselves, we also get glimpses of hell.

I wrestled for a long time with the “either-or” aspect of “heaven or hell.” I wondered where God would “draw the line.” But the more deeply I got into the Word, the more I realized something.

It’s not about God drawing a line somewhere. It’s about whether one receives Christ or not. (Revelation 3:20). And this is a personal choice — an either/or. It’s a choice prompted by God. We make this choice when he calls us to do so. Some make the choice suddenly, as I did.  Some make it gradually. But it is still our choice.

Satan is the chief administrator of the corrupt world-system. God’s will for us is that we be delivered from the workings of this dysfunctional world and liberated into the much more effective world that is the manifestation of his Kingdom here on earth (Matthew 6:10).

God will do everything he can to get those whom he has called to make the choice he has ordained.  When one receives Christ, one receives a new form of life – zoe, or “everlasting life.” This is the life known in heaven. Everlasting life is a quality of life that exists in the minds of believers — now and forevermore.

But let’s be clear what we mean by “life.” There are three words for “life” in New Testament Greek, the other two being bios and psuche. These words have widely different connotations.

Bios refers to the life of the flesh, or the body — that which will perish at the grave.  Psuche is the life of the mind – the soul, if you will. It’s what Jesus came to save. If someone has not been touched by Christ in this world, and they have not received Zoe life into their beings, then the body full of Bios life will die, leaving only Psuche, without Zoe. That place of total spiritual vacancy is called hell.

And there are varying descriptions of that place in the Bible. Again, we need to dissect what the Word really says about it. And here’s where it gets interesting.

We have the most prevalent image of “eternal fire” found in Matthew 25:41 and elsewhere. But hell is also described as a place of “shame and everlasting contempt.” (Daniel 12:2). This doesn’t sound quite so bad. If I had my druthers I would rather be shamed throughout eternity than continually burnt to a crisp.

Here’s another one. For those whose destination is hell, it is written that “the mist of darkness is reserved forever”  (2 Peter 2:17). This sounds least painful of all. I wouldn’t quite mind floating in a “mist of darkness” forever. But why are these descriptions so different?

The Bible and Contradictions

“Well,” one might say, “It’s because the Bible is full of contradictions!” (I would contest that foul rumor, but let’s leave that to another discussion.) The reason why these descriptions differ is because they are metaphorical, not literal. Yet they all point to the same phenomenon. Each of them describes a state of absolute, inescapable separation from God.

While heaven is a place of total life, and of life free from fleshly temptations and worldly trials of any kind, hell is a place that has no life, really. Only an ongoing. empty mind-set, incorrigibly devoid of the love of God — the love that is found in Zoe — the love that is embodied in life of Jesus Christ.

Are the streets of heaven paved with gold? I don’t know. I do know that it’s a beautiful metaphor, and that my beautiful Bible is full of them.  I only suggest that people read the Word for themselves. You may find, as I have, that in that Word is the key to eternal life.

Visit My Website
View All Posts
Previous At Upcoming Hybrid Event Panelist Will Discuss “Separate Histories, Common Challenges”
Next Who’s Happy, and Why?