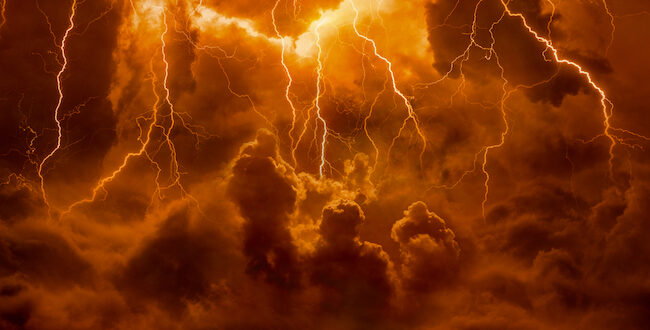 The Afterlife: Redemption from Hell and entering Heaven 

The Afterlife: Redemption from Hell and entering Heaven

When discussing the concept of an afterlife, we talk a lot about heaven, but we also talk a lot about hell too and what it means to be condemned. Traditionally, hell has been described as a place of eternal damnation, but for me I see it as more of a prison sentence with the possibility of parole.

I believe in heaven there are souls who are there because of goodwill and morality, as well as redeemed souls who have repented and cleansed themselves of their past sins. Those who are redeemed ascend from hell into Purgatory before entering heaven.

My view of hell stems from the Islamic concept of Jahannam where it is temporary and not eternal.

I believe it is temporary because the idea of a loving God sending his children to hell for all eternity makes no sense to me.

When a parent punishes a child for doing something wrong, they don’t ground them to their room and force them to stay there forever. When the child understands what they did was wrong and apologizes for their behavior, the punishment is lifted and the parent forgives them.

No loving parent would punish their kid for the rest of their lives, so why would God?

So when does a person’s time in hell end? I think it begins with feeling genuine remorse for the sins they committed on Earth. They regret hurting others because they fully understand the consequences of their actions and have no justification for them, not because they just want to get out of Hell.

This remorse falls under the concept of repentance where those who sincerely feel regret for any sin they committed deserve forgiveness. In Luke 17:3-4, Jesus says, “If your brother or sister sins against you, rebuke them; and if they repent, forgive them. Even if they sin against you seven times in a day and seven times come back to you saying ‘I repent,’ you must forgive them.”

Other passages that describe how there’s salvation in repentance include Isaiah and 2 Corinthians. Repentance not only involves regret, but also commitment to change for the better, and that change in character is what leads to salvation.

Those who don’t feel genuine remorse for their sins remain in Hell, and if they never repent they will never leave.

Once that soul is forgiven, they begin their ascension. This is where Purgatory comes into play.

Now, there are some who interpret Purgatory as “temporary Hell,” but I see it as a place of purification like C.S. Lewis describes it in “Letters to Malcolm.”

Purgatory is where souls go to be cleansed in preparation to enter heaven. It is a transformation and something souls want, even if they won’t enjoy it.

I see the process of purification as similar to someone’s journey of finding self-love; it’s not always fun and it hurts sometimes.

The journey to self-love not only involves prioritizing your needs and finding what makes you happy, it also involves delving into yourself through journaling or therapy, looking for the roots of your struggle with loving yourself, purging yourself of unhealthy behaviors, distancing yourself from toxic people, and setting boundaries.

It’s daunting to reflect on what hurt you in the past, letting yourself feel the pain of past experiences and being vulnerable, and breaking unhealthy habits. However, recognizing what has hurt your soul and why you struggle to love yourself helps you figure out how to find a way to happiness, self-worth and respecting your boundaries.

That’s how I view the purification process of Purgatory; you’re cleansing yourself to love and forgive yourself. In order to accept the love of God, you have to love yourself too.

For condemned souls that feel sincere remorse for their sins, they ascend from hell into Purgatory where they learn to forgive themselves, cleanse themselves of behaviors that led them to sin, and prepare themselves to accept God’s love and forgiveness. As C.S. Lewis describes, it’s not an easy process but it’s one that the soul needs.