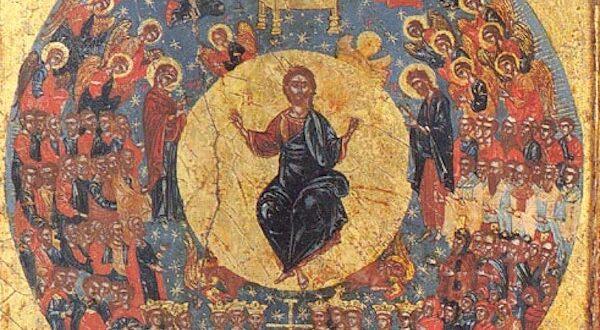 The Afterlife: Opinions of Life After Death in the Eastern Orthodox Church

The Afterlife: Opinions of Life After Death in the Eastern Orthodox Church

“I look for the resurrection of the dead, and the life of the age to come” is the last line in the Nicene Creed (Orthodox statement of faith), implying that the disembodied soul and uncorrupted body will once again be united when Christ returns at the Second Coming.

If our lives on this Earth ended in death without the promise of continued and eternal life, our existence would be, for the most part, meaningless. Good deeds and virtue would be pointless and the attitude of “Let us eat and drink for tomorrow we die” would most likely prevail.

Christ became man so that man (His children) could become more Christ-like by God’s grace and mercy. Why? If we are like Christ, we can receive all that He wants to share with us. Any parent would want the best possible outcome in the evolution of their children’s lives. Our Father in Heaven did not create us for His amusement but rather to share with us His unconditional love and much more. As a parent loves their children, they most often sacrifice for the benefit of their children.

The disembodied souls remember everything as depicted for us in the parable of Lazarus and the rich man (Luke 16:19-31). The soul is active and awake, not sleeping as in the unconsciousness matter of the flesh. After the death of the body, the soul is said to freely roam the Earth for two to three days and then enter a realm where they begin to experience foretastes of the Final Judgement depending on the life they have led. Sometimes a spiritual foretaste may occur with those just prior to their death, witnessing others present among them that we cannot see.

As spiritual beings in a carnal body, our continued evolutionary existence does not end at the time of our bodily death. It is said that after the reunion of the soul and newly uncorrupted body in the Final Judgement that we most likely will continue to evolve as Adam and Eve were destined to do so, cut short when they stole their inheritance from the tree of knowledge of good and evil. We now have the gift of redemption that Christ offers us to be with Him for eternity.

What would that new resurrected body be like? Christ revealed and demonstrated in the appearances after His resurrection from the dead as in His instance appearance in the closed doors of the upper room of where the Apostles were gathered or when He conversed and ate with the men that were on the road to Emmaus.

God made man in His image (love) and likeness (holiness, righteousness) for the purpose of sharing His infinite unconditional love. Unconditional love allows for the freedom of choice, as is evident in this current medium of life that we are all experiencing now on this Earth. Let me end with something to ponder. “Being” (existence) is communion, for without relationship/communion/love, life (existence) is meaningless.

As an infant, I was baptized as an Eastern Orthodox Christian. However, I would say that becoming a Christian is a work in progress, and I often wonder would there be enough evidence to convict me of becoming a Christian. The Orthodox Church is the ancient Church that Christ and the Apostles established. It is not a religion but rather a way of life. It is not about rules and regulations but rather guide posts to make choices to transition to what we were designed to become. Becoming Orthodox is not a conversion but more so a transformation of self. It’s not about being right: it is about “right being.” In John 14:6, Christ says I am the Way (to love and serve one another), the Truth (there is only one reality), and the Life (that life source is love). I invite you to submit any topics or questions to “Ask An Eastern Orthodox Christian” on the website. Join me in finding our way back home to the original teachings of the Church. When you change the way you look at things, things change the way they look.

Previous When I consider how my light is spent, I’m grateful
Next Black Business Expo Returns to Spokane during Black History Month after 2-Year COVID-Restricted Hiatus

[…] The Afterlife: Opinions of Life After Death in the Eastern Orthodox Church  spokanefavs.com […]