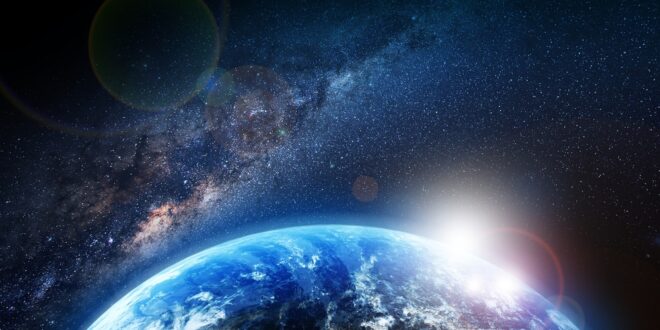 The Afterlife: One World at a Time

The Afterlife: One World at a Time

Editor’s Note: SpokaneFāVS is wrapping up a series of columns on the subject of life after death. This long fascination with the afterlife crosses centuries, cultures, geography, religions, philosophy and science. What does life after death mean? Is it a subjective existence, a continuation of our consciousness or personhood as we knew it on earth? Is it a bodily existence, or a disembodied/spiritual existence? Who or what decides the character of the afterlife? Is it possible to believe in God and deny life after death? If there is no afterlife, does that mean religion has lost its purpose? Does it mean our lives on earth are meaningless?

When Henry David Thoreau lay on his death bed, he was asked if he had any vision of the world to come. “One world at a time,” he responded. Thoreau had devoted his life to studying and loving the natural phenomena of this ever-evolving earth. He refused to abandon his love at the end.

I believe that his is the attitude to take about the possibility of an afterlife.

I grew up in a traditional Christian church and household that believed in a heaven where the faithful would reside. My mother told me that after the death of her mother, she was comforted by a vision of her in one of the mansions spoken of by Jesus in the Gospel of John. When he was comforting his disciples after he told them that he was going where they could not yet follow, Jesus promised, “In my Father’s house there are many mansions: if it were not so, I would have told you. I go to prepare a place for you” (John 14:2, KJV).

These beautiful words have strong emotional appeal. The concept of a heavenly afterlife for the faithful (and a hellish one for their persecutors) seems to have become appealing in Judaism during a time of great persecution: if faithfulness was not rewarded on earth, then it would be later by a just God.

I respect those who hold this view, but have trouble seeing it myself. I agree instead with theologians who assert that we are to lead a resurrected life in the here and now.

As for what happens after death, I’m attracted by the dusty destiny preached in Ecclesiastes: “All go unto one place; all are of the dust, and all turn to dust again” (Ecclesiastes 3:20, KJV).

How pleasant to share the earth with everyone and everything else.

Realization of this common destiny should cause us to care for the welfare of the earth and everything on it, including its peoples.

Those who wait eagerly for an apocalyptic end-time that will lift them beyond this earth may not be so eager to try to preserve the flora and fauna that flourish here, to work against threats to our well-being such as global warming and pollution.

Josiah Henson (1789-1883) believed in a Day of Judgment, but he had also seen hell-on-earth on the plantation on which he was raised. For a while he was complicit in the plantation’s operation. He once even helped transport fellow slaves through free territory back into slave territory. After he himself made his escape to Canada, what he had done weighed on his conscience, so he devoted himself to journeying back down South to lead others to freedom.

“I thought it was probably so,” writes Henson “but knew I was in the right business, so I kept on walking till the light of the sun appeared.”

Liberating others from hellish conditions in this world is for sure the right business, whether or not there is a world to come. One world at a time.

I used to fear not my merging with the dusty earth at death but the cosmic death of earth itself, destined to be swallowed one day, I gather, by a black hole. But then I’ve also heard that the dust from which we are made and to which we will return is stardust, so we may be spun out into another universe. Who knows?

One world at a time.

Previous Politics of Hope, Part 1
Next How Christian nationalism paved the way for Jan. 6

The Afterlife: One World at a Time - spokanefavs.com - Tarot Reader and Psychic Medium Charisse Van Horn

When White Folk Sing the Songs of Black Folk – news.ezekielradio.co.za