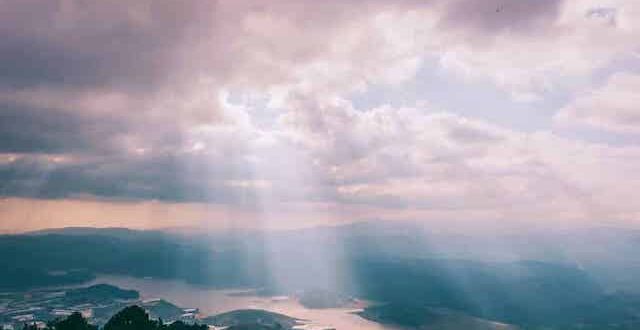 We can’t contemplate an afterlife without wondering whose life we’re contemplating. Physical bodies decompose quickly after death, so what’s left to live a life after life?

Enter the soul, rational and immortal. Most religions associate an afterlife with the existence of God, an entity outside time and space as we understand them. In Baha’i scripture, God is an “Unknowable Essence.” The soul is another entity that defies description. During our physical existence, the soul is the link between the material body and God.

The nature of the soul

Baha’u’llah writes, “The nature of the soul after death can never be described, nor is it meet and permissible to reveal its whole character to the eyes of men.” He explains that “the soul, after its separation from the body, will continue to progress until it attaineth the presence of God, in a state and condition which neither the revolution of ages and centuries, nor the changes and chances of this world, can alter.”

That soul “will endure as long as the Kingdom of God, His sovereignty, His dominion and power will endure.” Further, it “will manifest the signs of God and His attributes, and will reveal His loving kindness and bounty.”

Heaven, a condition rather than place

Some religions consider Heaven a place, somewhere beyond description. Baha’is believe one’s soul begins an eternal spiritual journey at conception. After death, a soul continues its eternal journey on a timeless, placeless continuum along which all souls progress towards God.

Consider the development of the embryonic child. In the womb, the embryo develops organs necessary to live an earthly existence. It knows nothing of the outside world it’s destined to enter. Similarly, we humans can understand little about an afterlife that exists outside of time and space.

Living in the material world, the rational soul chooses how its mind and body will behave. How closely those choices accord with God’s teachings determines where on the continuum that soul will continue its eternal journey after death. Another unknown is God’s infinite mercy, for which we pray. We can never know in this life how much forgiveness we will be granted by a loving Creator.

The afterlife brings consequences that include rewards and punishments. Most religions urge their believers to follow their faith’s religious teachings. Baha’u’llah enjoins  us to monitor our own behavior:

“Set before thine eyes God’s unerring Balance and, as one standing in His Presence, weigh in that Balance thine actions every day, every moment of thy life.” He continues, “Bring thyself to account ere thou art summoned to a reckoning, on the Day when no man shall have strength to stand for fear of God, the Day when the hearts of the heedless ones shall be made to tremble.”

If, at the hour of death, a soul is “sanctified from the vain imaginings of the peoples of the world,” it “liveth and moveth in accordance with the Will of its Creator, and entereth the all-highest Paradise,” which, Baha’u’llah states, “signifieth first and foremost the good-pleasure of God.” The “loftiness and glory of so exalted a station” is beyond description.

But what about Hell?

He warns that souls of infidels shall, “when breathing their last be made aware of the good things that have escaped them, and shall bemoan their plight, and shall humble themselves before God. They shall continue doing so after the separation of their souls from their bodies.” Following physical death, they shall “estimate the worth of their deeds, and realize all that their hands have wrought.”

In contrast, “They that are the followers of the one true God shall, the moment they depart out of this life, experience such joy and gladness as would be impossible to describe, while they that live in error shall be seized with such fear and trembling, and shall be filled with such consternation, as nothing can exceed.”

Other Baha’i references to Hell can be found here, here, and here. The mention of “fire” is symbolic, just as it occurs in scriptures of other religions.

The afterlife is something to anticipate positively. Because we can’t fully understand forces that shape us from infancy, we can’t judge ourselves. But we can try to bring our lives into accordance with God’s Will, knowing we’ll never succeed. That’s where we rely on God’s mercy.