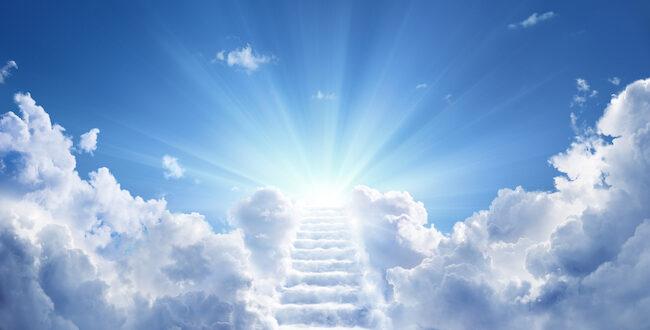 The Afterlife: Life After Death? No Thank you. Once Is Enough.

The Afterlife: Life After Death? No Thank you. Once Is Enough.

I’ve never really understood why anyone wants to live again. And forever at that!

What prompts that? To what problem is that the solution?

Perhaps, in the early days, it was a response to the intuition so poignantly expressed by Blaise Pascal:

When I consider the short duration of my life, swallowed up in the eternity before and after, the little space which I fill, and even can see, engulfed in the infinite immensity of spaces of which I am ignorant, and which know me not, I am frightened . . .

What is feeding the fear? Could it be that without an afterlife, this life lacks meaning, lacks impact, lacks accomplishment, lacks recovery from life’s failures? Could it be desperation, a hope for a Cosmic Do-Over? An immature hope might be the other side of fear.

Fear? Enter organized religion, including Christianity. Over the centuries, the institutional church has preyed upon believers’ fear and uncertainty and unworthiness and unhappiness amid the challenges of this world.

Consider the use of the afterlife – heaven, a blissful existence after life on this earth – as the ultimate carrot and stick. Do as instructed by the church, and gain a blessed afterlife. Don’t, and you won’t. Note the selling of indulgences, the coercive use of granting or withholding entrance to heaven, and other manipulative schemes for the church’s purpose of acquiring and maintaining power, money and control.  It’s an impoverished system of morals and ethics, a checklist of requirements, rather than the lofty and sacred demands of compassion and social justice.

Karl Marx hit on a legitimate insight when he said religion (with its promise of salvation/blessed afterlife in heaven) was the opiate of the masses. It focused people, with real and serious problems due to a systemically-imposed social (dis)order, on a far distant future – in time and place. It encouraged these people to forgo restorative action in the here and now, all in exchange for some unknowable and illusory future.

In some ways, we have come a long way from those prior centuries, but the unknowable aspect of the afterlife is with us still. Hamlet got it right when he mused: “ . . . Death – The undiscovered country, from whose bourn No traveller returns . . .” (Hamlet, Act III, Scene I)

The undiscovered country indeed. I am unaware of any successful attempts to assert the existence of an afterlife, even on a more probable than not basis, let alone “prove” it. I include all scientific, philosophical and metaphysical disciplines when I strongly suggest that there literally is no good reason to accept the proposition of an afterlife, either good or bad. There is simply nothing, based on “the inescapable logic of our common human experience” (Schubert M. Ogden) and reason, that supports the truth of an afterlife in which our subjective consciousness exists forever. This is true whether or not you accept the existence of a personal god or the existence of an impersonal force or energy denoted as divine or sacred, or accept no version at all of the divine.

So what could the symbolic language of an afterlife mean for us, on earth, in the here and now? If all religious talk, properly understood, is talk about what it means to exist as a human in relationship with other humans, other living beings and the entire earth, then the afterlife expresses the inner transformation that occurs when we orient our lives toward compassion and social justice, toward creating the kingdom on earth as it is in heaven.

The afterlife describes an event in our life after this psychological and visionary transformation. It is not an event in the future that coincides with the end of the world (Joseph Campbell). When this new life in us takes hold, it moves us to work for compassion and social justice. When we do that, we have the experience of “Being,” of knowing our Buddha nature.

When that occurs, as Campbell said: “What might happen tomorrow is nothing compared with the rapture of being alive in this moment.”

If we live our lives to their fullest extent, with our best efforts directed to compassion, social justice and the Golden Rule, we no longer need fear living a life that lacks meaning, lacks impact, lacks accomplishment, that is forever marred by failures. We can be confident that this one and only precious lifetime will be more than enough.

In the third part of this Easter series, Cramsie discusses in more detail what life after death really means for us here on Earth.

Previous Funds Available to Spokane Area Houses of Worship, Non-Profits Through National Security Grant Program. Here’s How To Apply. 
Next Ask An Eastern Orthodox Christian: Getting Into Heaven