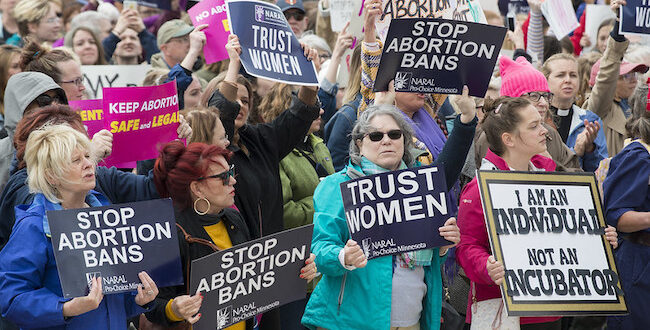 The Abortion Case: Is Precedent a Faith and Values Issue?

The Texas and Louisiana statutes

Four years ago, the Supreme Court struck down a Texas law that had required doctors who perform abortions to have admitting privilege at a hospital within 30 miles. The Court said an “undue burden” had been placed on a woman’s ability to terminate a pregnancy because under the law very few doctors could do the procedure.

Then, conservative legislators in Louisiana passed almost the same law as the unconstitutional Texas statute. The Louisiana legislation was a test. Today there are two new conservative justices on the Supreme Court that had not been part of the 2016 Texas decision. Everyone has been watching to see if the new Court would reverse a 4-year-old precedent.

Then, Chief Justice John Roberts, a conservative appointed by Republican President George W. Bush, sided with the first group. He ruled that the law is unconstitutional, but he did it for a different reason. He said that the Texas case had been wrongly decided, but it is precedent. Precedent must be followed.

Conservative response was harsh. Roberts was called a disgrace, an empty black robe, an unreliable turncoat, a bitter disappointment, Bush’s big mistake and the worst GOP Supreme Court pick of modern times. But he did something important and I admire him for it.

Why is precedent important?

Precedent means that like cases are treated in like ways. If we rely on precedent, then people in like situations will be treated similarly. It is a tool to decrease the politics of the judiciary and the power of judges. And it is a tool to avoid “arbitrary discretion in the courts.” This is a principle that goes as far back as the founding of the Constitution, emphasized by Alexander Hamilton in the famous Federalist 78 that outlines the work of the courts.

Roberts pointed out that precedent promotes evenhandedness and stability, and it leads to integrity of judicial process. It helps us rely on principles, distinguishing legal principals from personal judicial preference. If we do not have it, then judges at all levels can use their own personal preferences as cases come before them. When that happens, people end up getting treated unequally. Furthermore, groups with money and enough time to engage in appeal after appeal will win.

Precedent is necessary for justice, but it isn’t inviolable. There have been times when it is important for the Court to overturn an earlier decision and over the last hundred years the Court has developed four fairly strict rules about when precedent can be overturned: there has to be a finding that the earlier case is unworkable; that it was poorly reasoned and resulted in inconsistent later decisions; that society could not rely on it; that legal or factual developments have significantly changed over time.

Roberts said the June case did not fit the criteria for overturning precedent. Rather, the conservative justices simply did not like the Texas case outcome. That, said Roberts, cannot be a good enough reason to overturn it.

What would you do?

It is hard to develop a just legal system. The substance of the law is important, but the process is equally important.

If you are on the right, imagine how hard it was for Justice Roberts. He has strong views about abortion, and he believes in state laws restricting it. Politically he is on the side of conservatives on this one. But more than politics he believes in the process as a tool necessary to move toward justice.

If you are on the left, could you do it? Imagine that you are on the Court and four years ago a decision you feel strongly about did not go the way you wanted. Maybe it was a state law about campaign finance reform or affirmative action and the Court ruled against it. Now, a couple of years later another state has the same law because a group of political activists that you really appreciate are trying hard to change policy. It’s the exact same law. What do you do? Do you act like the conservative justices in June and say, “now is the time to get it right and do what we believe in!” Or, do you act as Roberts did and vote for precedent, because even though you don’t like the outcome you believe in process?

Julia Stronks practiced law and is a professor of political science at Whitworth University in Spokane. She writes about faith, law and public policy. Her most recent book, written with her mother Gloria Goris Stronks, Professor emeritus of Calvin College, is “Teaching to Faith, Citizenship and Civic Virtue” (Resources Publications: Wipf and Stock, 2014). Her discussion of President Trump and the Constitution can be found in the last chapter of Ron Sider’s new book “The Spiritual Danger of Donald Trump: 30 Evangelical Christians on Justice, Truth, and Moral Integrity” (Cascade Books, 2020).

Previous What Really Matters?
Next Hospital ends man’s COVID-19 treatment due to his disability