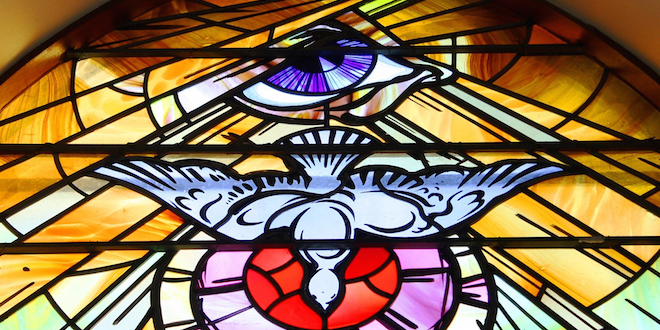 That which Answers Everything, Answers Nothing

If “God” is a Vacuous Concept, We Could Mean Anything at a Time We Need to Mean Loving Justice

I recently had the blessed fortune to attend the Jesus’s Seminar Spring Scholars Conference, the Westar Institute’s meeting in California. It was amazing: instead of merely presenting esoteric papers and discussions about the dating of writings, how they related to each other, and what in them could we believe Jesus as actually saying and doing, or such tangential topics such as the role of women in funereal practices in ancient Cartoledge as represented in ancient sidewalk graffiti, we all (not only the seminary scholars) finally realized that we trusted each other and had enough understanding of the origins of Christianity that we could begin to ask: Why was the church failing, and what good is talk of God and the spirit when few of us believed such things could be rationally addressed?

As I remember it, that was the substance of Robert Funk’s questions at a dinner conversation with him way back in the ‘60’s. He was concerned that the knowledge we had from using historical and scientific methods in the study of religion get distilled down to our congregations. Yet he gave up hope when he considered the pride of our seminarians, and their fear about employment. For to use intellectually responsible methods as often as not would risk threatening most orthodox Christians and many of the best seminarians were rejecting the institutionalized church.

Be that as it may, the lead speaker at this spring’s seminar was Peter Steinberger, a well respected professor of Humanities at Reed College and author of “The Problem with God: Why Atheists, True Believers, and Even Agnostics Must All Be Wrong.” He presented a very convincing philosophical discussion of the language of god and spirituality, reviewing the pre and post positions of linguistic analysis, as well as a thorough discussion of the arguments concerning God the omnipotent unmoved mover creating ex nihilo. Essentially, everything we say exists has a cause and a beginning. What caused god and when did god begin? Unanswerable, therefore we cannot reasonably connect the notion of existence with the notion of god unless we mean something very different by the term than how it is used in ordinary language. It is absurd, meaningless, and confuses our discussions of religion, actually wasting our time which could be and needs be much better spent if we are to survive along with the world as we know or would like it to be. I recommend his book even with its many repetitions of his basic argument, which needs attention. Now I find myself cringing every time I hear arguments or statements about the existence or non-existence of god or a spiritual world, concepts that violate linguistic boundaries and categories.

However, he does hint, towards the book’s end, that if we state clearly the categorical limits of the language in which we are speaking, be it scientific or poetic, poetic or empirical, we might with honesty and intellectual integrity still be able to use god and spirit concepts with some meaning, not factual but maybe emotional. It was with these considerations and wonderings that I read Robin Meyers’ “Spiritual Defiance: Building a Beloved Community of Resistance,” his rendering of his Lyman Beecher Lectures at Yale, one of the most prestigious series presented by foremost seminary scholars. Meyers is the head minister at the Mayflower UCC church in Oklahoma City. The contents well describe his ideas: “Prologue: The Church is Dead. Long Live the Church; One Undone: Faith as Resistance to Ego; Two Undone: Faith as Resistance to Orthodoxy; Three Undone: Faith as Resistance to Empire; Epilogue: Resisting the Reign of the Christian Status Quo.”

Meyers is not as concerned with the intellectual problems of the misuse of god language as with the lack of intellectual and moral integrity of those who talk of God from the pulpits. This lack of integrity they display in the face of the problems of the world and with our human relationships, with each other and with everything in the world. Social acceptance is a seductive force, but not what Jesus sought. He wanted justice for the marginalized. Meyers takes our ministers to the woodshed, at least those who have bought into the courtship of Constantine, resulting in the prophetic force of the church devolving into the justification for Roman power. This new role of the church served its leaders but it left the moral message of Jesus lost somewhere beyond the grave with Jesus for 1600 years.

Steinberger has presented the problems we have due to the misuse of our religious language. Meyers has presented the problems our ministers have faced. With a very few blessed exceptions, because of understandable social and political pressures, most have failed to healthfully resolve them or even provide much guidance to their congregations. John Caputo’s recent book, “The Weakness of God: A Theology of the Event,” provides a theological justification for these two books, taking off on Paul’s theme in I Corrinthians,1:25, that the event of Jesus was not powerful, like Rome’s staged events, but weak and foolish. He contrasts the events of religious and moral import, the happenings that constitute what we mistakenly call reality, with our tendency to name the events, and then relating not to the contingencies and demands of the event, but instead making the name we have given it into an idol of our most prideful wants. We make God omnipotent and omniscient and omnipresent, the creator of all, everlasting, all powerful, the ruler of heaven and earth, the rule giver, the answer for all problems, the arbitrary king with his worldly court and courtesans. It is Caputo at his best, quickly rounding his Jacques Derridan philosophical analysis of our use of linguistic conceptions in our attempts to master the contingencies of living in a chaotic world. He presents a god who en-forces chaos which we vainfully try to turn into order, sacrificing god’s justice for the attempt to gather enough power over others to achieve a semblance of security and, like the god we have imagined, gain control with an everlasting and beatific life.

Caputo’s work is too deep and significant to briefly review now, but I also recommend Weakness  as a good framework for a needed renewal of the significant discussion of a god of justice called out by the prophets, sung to by the young girl, Mary, and acted upon unto death by Jesus and many of his followers. This may be the renewal of his promise to come again, a coming that we all await, pray for, and fear so much we have to give it a Hollywood make over. Later for that.

Previous Happy Mother’s Day from Galatians 2
Next Sister Helen Prejean: Tsarnaev ‘genuinely sorry for what he did’