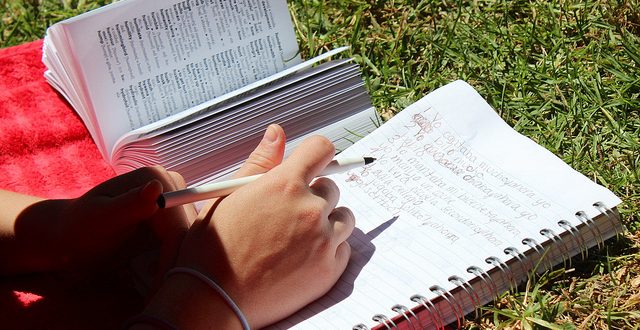 Ten Essential Skills The Next Generation Of Religious Leaders Will Need

Some skills are time-tested, such as listening and collaborating, but tomorrow’s religious leaders will also need to be entrepreneurial and communicate in new ways.

The U.S. religious landscape is changing and so too the old ways of doing church. Today’s seminary students will likely need to be far more creative and imaginative than older generations in connecting with members and creating community. Four experts weigh in on the 10 most essential skills the next generation of religious leaders will need. (Surprise: technological skills didn’t make the list!)

The 10 most essential skills:

1.     Be entrepreneurial: In the old days, visitors were invited to attend worship services with the hope they would join. Today, clergy have to deploy a whole host of methods — from finding people through online groups to giving talks at local libraries or coffee shops. Being entrepreneurial means taking risks. Some pastors try one new approach and when it doesn’t work they label it a failure and go back to business as usual, says Lawrence Peers, director of learning for the Pastoral Excellence Network. What if they defined the new approach as an experiment and tried to learn from it?

2.     Communicate theology effectively: Clergy have to speak to many people with widely diverging needs. Some don’t have a faith background and never attended church. Some are well versed in the popular distillations of recent theological trends. And some are in interfaith marriages and have gained a deep appreciation for other traditions. Speaking to all of these groups requires developing a rich vocabulary, while at the same time communicating core shared values. “The theological framework will have to be deeper and broader,” says Cynthia Woolever, a sociologist and research director of the U.S. Congregational Life Survey.

3.     Have the courage of your convictions: New pastors are often afraid of speaking up for fear they may lose standing within their congregation or denomination, says Martha Simmons, president and publisher of The African American Pulpit Journal and the creator of The African American Lectionary. Simmons often sees clergy shirk controversial issues, whether it’s the treatment of women clergy or homosexuality. Her advice? “Say what you believe.” Equally important are strong core convictions rooted in beliefs. Convictions inspire, adds the Rev. Kathy Smith, associate director of the Calvin Institute of Christian Worship.

4.     Collaborate: Effective clergy know how to engage their congregants if they want to move forward toward a common vision. Peers, of the Pastoral Excellence Network, quotes a colleague who says, “Clergy need the ability to play jazz, while their seminary teaches them to play from sheet music.”

5.     Find mentors: No clergyperson should lead alone. Simmons says pastors often tell her they can’t find the right mentors. Her response? “Take it where you can get it.” Everyone needs a mentor, even older, experienced clergy. She adds: “We’re all going to make mistakes. But there are some mistakes we can’t afford to make. Mentors can help you not fall into ditches and lose time you can’t get back.” The Pastoral Excellence Network exists to support clergy mentoring communities across many denominations.

6.     Learn to listen: It may seem obvious, but clergy spend a lot of time learning to speak. They also need to listen. Listening is even more important at a time when society has lost the art of civil conversation, says Smith. Listening well will help clergy avoid pitfalls that come when clergy don’t know the culture of the congregation and fail to honor local traditions, adds Peers.

7.     Try humility: Society once accorded clergy a high social standing. That’s not necessarily the case anymore. “Authority is earned over time,” says Peers, referring to clergy. “It takes patience and diligence. Leading is a dance —sometimes you lead, sometimes you follow the leading of others in the congregation.”

8.     Develop a spiritual discipline: Simmons says she often gets silent stares when she asks clergy about their spiritual discipline. Everyone says they pray, she says, but Simmons encourages clergy to develop a structured discipline that’s built into their daily lives, whether its meditation, Bible-reading or quiet time.

9.     Speak to doubt as well as to faith: Ironically, talking about doubt will help faith seem more relevant, says Peers, who advises clergy to honor honest questioning. “Clergy can create an atmosphere of searching so that people don’t have to leave a congregation necessarily when they experience doubt,” he says.

10.  Love the people you serve: Some clergy are so enamored by the vision they have for the congregation, they lose sight of the people. “We sometimes love the dream more than the people,” says Smith, who advises: “Spend the time to get to know and appreciate the people you’re attempting to lead.”

Previous No-Li turns beer into volunteer work
Next What does the Evangelical Church teach about Angels?