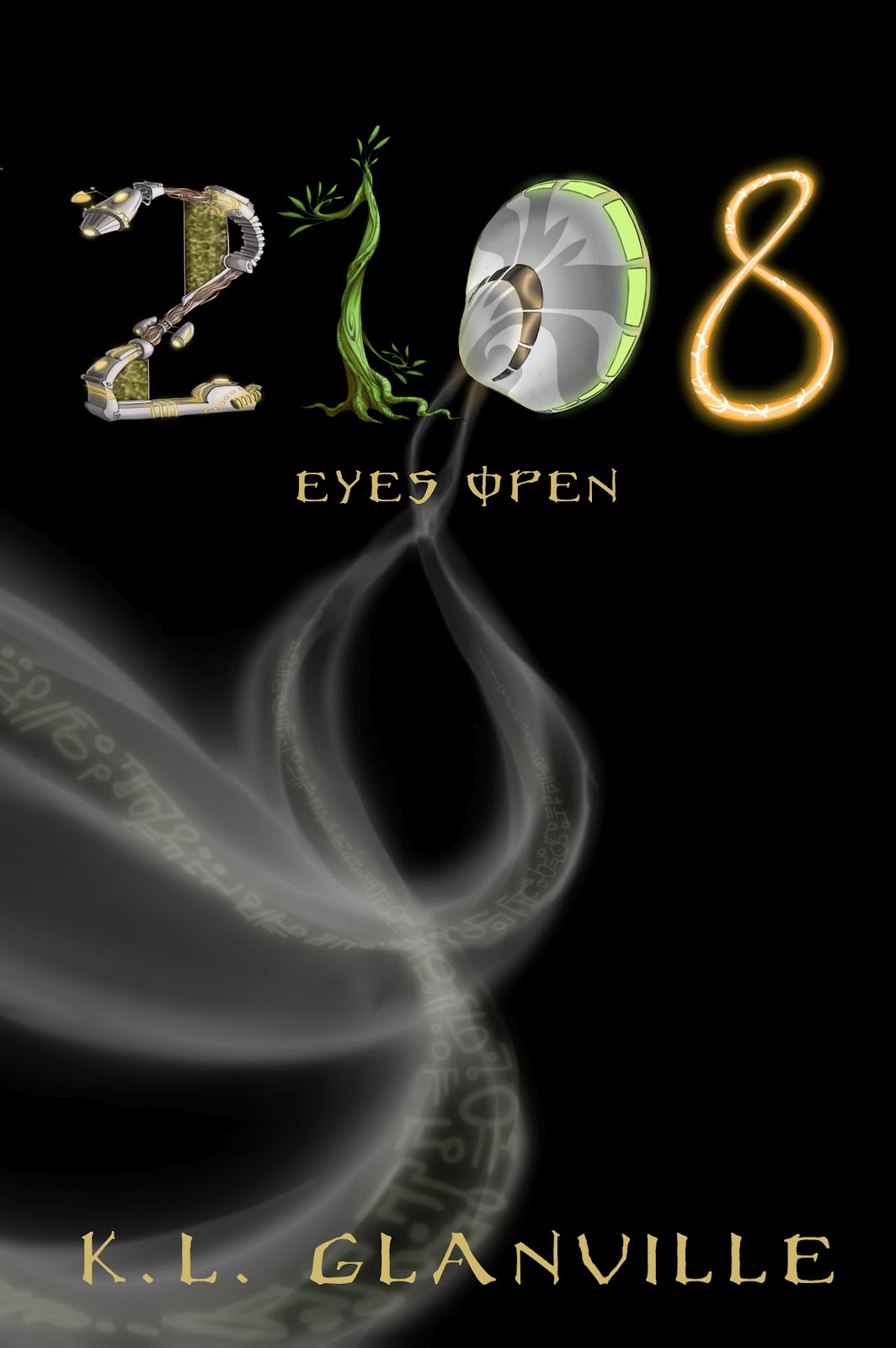 2108 Eyes Open is filled with youthful personality. A sci-fi book for young adults, author K.L. Glanville invents a whole new teen slang for her characters, with words such as waz, natch, fazmatic and widge. The first person present tense makes the action vivid, and it moves, especially in the second half of the book.

The world is ruled by aliens. Most humans have defiled their bodies with parts from the aliens and sometimes even animals (waz?), becoming superhuman bionics. They’ve joined forced with the aliens, becoming almost like them.

The bionics have the best tech. They get music in their heads adjusted by brain wave holographic controls. Their altered DNA gives them powers of superhuman strength, enhanced vision, underwater breathing and speed. And they can jump off the roof of a tall building and still land square on their feet. So who needs an elevator?

But Jewel has committed to keeping her body pure.She prefers the natural way of life. No alien or bionic parts. That’s true natch. That’s why she’s called a natural. Her home was once called New Zealand, but now it’s the last place on earth still free from bionics or aliens. Of course, the bionics want to change that.

Along with the naturals are the holdouts, or holdies, who hold onto primitive ways of thinking. They still believe in the Great Source and have those spiritual gatherings. That’s so fossil! Naturals don’t usually hang with holdies anyway. They have freaky weird names like Hope and Loyal and Resolute.  everyone knows they try to convince others to become holdies and are always inviting people to their gatherings, not that anyone ever goes with them. Jewel doesn’t hate them, but she sure doesn’t want to hang with them either.

Jewel’s natch life is turned upside down when she meets Forge out kayaking one day. He has massive muscles like Hercules. His entire body is covered with metallic skin grafts like tattoos, he has four little black tubes stuck through his skin, and there are metal wires all over under his skin. It’s so unnatural.

The book starts out as a futuristic Romeo and Juliet, but then twists and morphs into something much different. Jewel’s natural body is defiled, stamped and processed. There’s Forge. There’s the politics between naturals, bionics, and aliens. And then there’s the Holdies.  Expect to be surprised.