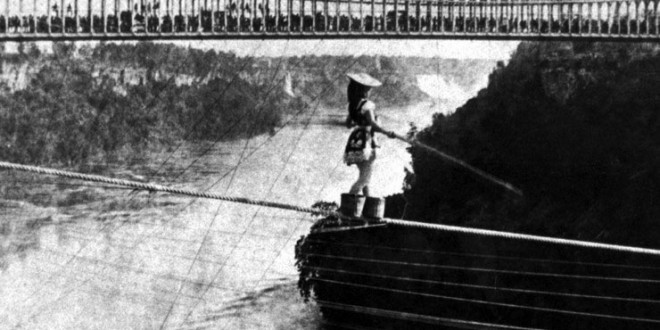 It’s difficult to feel safe in the world with evil everywhere. In the repressive religious worldview, “the World” is a fallen place, ruled by Satan and his minions, a battleground for spiritual warfare where Satan disguises himself as an “angel of light” and children are taught to be very afraid of anything that is not of their faith.

At church, religious leaders condemn much of “the world” and parents are taught to control secular influences, or Satan will lead their children astray. Because of this, children grow up terrified of everything outside the closed religious subculture, most of which is simply unfamiliar.

“I was raised on fire and brimstone, speaking in tongues, believing the world was a dangerous and evil place, full of temptation and sinners seeking to destroy me/drag me down.” –Robert

“The world was a strange and frightening place to me. I feared that all the bad, nasty things that I had been brought up to believe would happen to anyone who left the religion would in fact happen to me!” –Allison

“I’m pissed that I was so brainwashed for so long—smashing CDs, burning books, rebuking Satan . . . it’s like having your entire world turned upside down—no, destroyed.” –Brad

Virtually everything in the “world” is seen as treacherous, a temptation just waiting to entice faithful Christians into loving something more than God. Children and adults are taught to not only avoid the obvious temptations of sex, drugs, and rock and roll, but also to beware of science, the arts, secular humanism, and even gardening if it takes your focus off Jesus. Emotionally and psychologically, the devout Christian is isolated and stunted regarding the world, their individual development, and the simple joys of modern life.

Some religious leaders place more emphasis on literal teachings about demons, and thus believers learn to be terrified of evil spirits prowling everywhere, even to the point of performing exorcisms on children who misbehave. Being saved is understood as a “covering” and one must put on the “whole armor of God” to go about everyday life.

A frequently quoted verse with a terrifying image is 1 Peter 5:8: “Be sober, be vigilant; because your adversary the devil, as a roaring lion, he walketh about, seeking whom he may devour.”

In repressive Christianity, you need to be on guard from a very broad range of threats, and they extend to every area of life. Authoritarian, conservative Christians have been known to condemn meditation, relaxation techniques, massage, sex education, critical thinking, other philosophies, other religions, motivational training, self-esteem enhancement, dancing, music and movies.

In order to create a fear of falling away from God, these Christians use exaggerated metaphors: one small slip is portrayed as the beginning of a spiraling descent into a life of debauchery and sin. Playing bingo can lead to uncontrollable gambling. A slow dance can arouse your desires and lead to sexual promiscuity.

Your life does not need to feel like a tight rope act, where innocuous experiences represent an ominous free fall into wickedness. As you find the courage to experience the world with an open mind, you will find much that is safe, supportive and fulfilling. You will consistently learn to make sound judgments, growing in spiritual maturity, inner strength and wisdom. The world is truly full of diverse and wonderful experiences and ordinary people come in an amazing assortment of cultures and personalities that prove fascinating, and often rewarding, to know.

As a comparison, consider a few verses found in the book of Ecclesiastes, credited to the wisest man to ever live, King Solomon. Surprisingly, many Christians have never read the following Scriptures, because Ecclesiastes is frequently ignored by repressive religions due to its contradictory nature to many other books of the Bible, which are used to instill dangerous and threatening worldviews that minimize the joys of life.

Unfortunately, affirmative action cannot be credited to wise King Solomon, so we’ll pardon his gender-specific use of language.

How did the wisest man who ever lived view the world?

3:11 “He hath made every thing beautiful in his time: also He hath set the world in their heart.”

What a contrast to the “fallen” and dangerous worldview—God set the world in our hearts.

9:7 “Go thy way, eat thy bread with joy, and drink thy wine with a merry heart.”

Check back for part two.