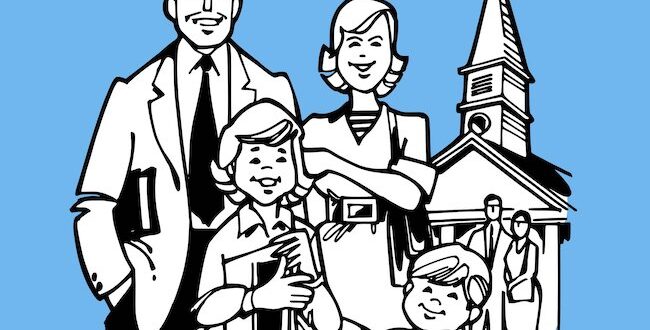 It’s the sort of advice about parenting and progressive faith Cindy Wang Brandt has been sharing for years through her “Parenting Forward” book, podcast and conferences and popular “Raising Children Unfundamentalist” Facebook group.

What was unusual about the tweet for Brandt was the response it generated: more than 760 retweets, 4,000 likes and a seemingly endless string of comments.

“Do not evangelize a child,” Brandt tweeted Wednesday (Jan. 8).

“Do not colonize a child’s spirituality. Do not threaten a child with religious control. Your religion does not have a right to stake claim to a child’s allegiance.”

In response, some Twitter users shared their childhood experiences of having nightmares about the “Second Coming” they felt threatened with or being told they were “going to burn forever unless I said a prayer.”

Others challenged Brandt, pointing to Scriptures encouraging parents to “train up a child in the way he should go.”

Evangelical radio host and author Eric Metaxas quoted the tweet, adding, “Would it be all right w/you if I taught my kid that stealing, murdering, lying, racism, and slavery were wrong?”

It’s clear Brandt’s tweet struck a nerve. Amid the nasty personal attacks Twitter has become known for, it also sparked a conversation among Christians about how parents pass on their faith to their children.

“At first it’s like, ‘Whoa, this really escalated.’ And then it’s also, ‘Oh, I’m glad that people are engaging with this,'” Brandt told Religion News Service.

“I do talk about it all the time, so I appreciate the opportunity to get conversation going on this very important topic and very nuanced — like how we parent and faith and values. What does that process concretely look like?”

That’s the “main dilemma” modern parents have, according to Christian Smith, a sociology professor at the University of Notre Dame who co-authored the book “Religious Parenting: Transmitting Faith and Values in Contemporary America” with Bridget Ritz and Michael Rotolo.

Parents of all faiths struggle with how much authority they have and how much to direct their children’s faith versus letting them choose and figure it out for themselves, Smith said.

Historically, religion has been part of being socialized into a tribe or people or nation, he said. That has changed in the modern era, as religion has become much more individualized and affirming a set of beliefs, more important.

But even 50 years ago, Smith said, it was presumed a child would adopt the same religion as his or her parents. It’s a change in attitude the religion scholar, who is nearing 60, has seen over his own lifetime, he said.

“There isn’t like a settled view. What there is is parents wrestling really hard with the tension between two beliefs,” he said.

Most parents still want their children to adopt beliefs similar to their own — for “family solidarity reasons” as much as out of religious conviction, Smith said. Some believers, such as mainline Protestants, tend to be more open-minded about it than others, like evangelicals and Jews.

Some worry if they’re too didactic, they’ll push their children away from faith, he said.

The most important variable in how they present religion to their children is how they were raised, according to his research.

“Even though parents want to model and teach stuff, they’re really afraid of overdoing it — like they don’t want to ‘shove it down their throat,’ so to speak. It’s a phrase we continually heard,” Smith said.

“So in some ways parents treat their kids with kid gloves, like ‘I’m not pushing it too hard,’ which is interesting because they will push their kids very hard when it comes to homework, school behaving, having the right friends, going to music lessons, going to sports practice.”

That resonates with Heather Thompson Day, an associate professor of communication and rhetoric at Colorado Christian University.

If she shares her love of Taylor Swift and Chick-fil-A with her children, she said, why wouldn’t she also share her love of Jesus?

Day responded to Brandt’s tweet, saying she agreed with her about not colonizing and threatening children. But she disagreed with the idea one shouldn’t evangelize a child.

“Evangelism is simply sharing your personal witness. Why in the world would we not do that with our own children? It’s like the assumption is religion is bad. It’s not. But there is bad religion,” she tweeted.

Day knows firsthand about “bad” religion, she continued, remembering how she was kicked out of a Christian school when she was in eighth grade.

“I absolutely know what it’s like to feel totally abandoned and rejected by the church,” she said. “But the thing is — and I really truly believe this — that often what will heal your church hurt is good church people.”

The professor pointed to her father, a pastor, who would answer her questions about the Bible by telling her to read it for herself before having a conversation with her about it. He brought her along to speaking engagements at churches and other religious activities.

That protected her from the negativity she experienced from religion at her school, she said.

“So, for me, my parents were the most fundamentally important part of that process for me, and to take that away, I can’t even fathom what my life would’ve been without,” Day said.

For the record, Brandt said, she doesn’t believe in a moral vacuum, as some on Twitter have accused.

“Obviously, I think we do, no matter what, pass on our faith and our values,” she said.

“And so I think the question isn’t whether or not we do, but how we do it. And I think what’s problematic is that a lot of the way that a lot of people of faith do it is using shame and intimidation and fear.”

That was her experience.

Brandt grew up attending a school run by Western missionaries in Taiwan, where she lives. There, she said, she was taught that the Buddhist and Taoist practices in her culture were evil and she was going to hell. So were her parents, who were irreligious.

Terrified and feeling responsible for the salvation of her family, she said, she converted at age 12.

She since has “deconstructed” her faith, she said.

“I often think about why is it that I grew up evangelical, like so many other people, but I have so much angst and so much pain and trauma that I feel like I have to work through when someone else did not have to? I have pinpointed that the reason was because I was not given a choice, that I was converted as a child, and that remains a painful thing for me,” she said.

Choosing a religion is a human right for children, Brandt said. She pointed to the United Nations Convention on the Rights of the Child, which includes the “right of the child to freedom of thought, conscience and religion.”

That said, children should be included in communities of faith, she added.

Parents can share their values with their children and introduce them to other stories and beliefs and perspectives, giving them space to explore and to see “the world is so big,” she said. They also can learn from their children when it comes to spirituality.

“I think all I’m asking is for us to be thoughtful about that process,” Brandt said.

Previous For open minds, Spokane is home to a diverse religious tradition that should be celebrated
Next Ask An Eastern Orthodox Christian: Who is God?