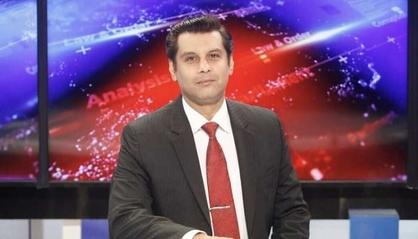 The majority of today’s media is corrupted by greed, personal interests, show ratings and fame.

In midst of all this, there are few ethical journalists who are working bravely to bring the truth to the forefront.

One such individual was the late Arshad Sharif, a prominent journalist from Pakistan. He was forced to flee his own country and live in hiding. Despite that, he still became a victim of his own dictator and ineligible government. He was shot by Nairobi police in Kenya in a car chase of “mistaken identity.”

The Associated Press reported that before Sharif’s death, his whereabouts were not publically known: “Sharif left Pakistan in July to avoid arrest following a citizen’s complaint against him on allegations of maligning the country’s national institutions, a reference to the military. His whereabouts were not publicly known; most of his friends knew only that he had spent time in Dubai, the United Arab Emirates, and London.”

Sharif was also one of the participants of a documentary film yet to be released that exposes the corruption of Pakistani politicians called “Behind Closed Doors.”

Unfortunately, on the global political stage, the current Pakistani government has full support of our current U.S. government.

So, I ask myself these questions:

Sharif was a vocal supporter of Imran Khan, the former Prime Minister of Pakistan. His support and stance with truth cost him his life, and he became victim of target killing.

Major news channels covered the story of Sharif’s assassination. All media platforms are filled with his videos and photographs.

This might be the top news for today or tomorrow, but there will be another top news story soon to replace it. When I read, see or hear news like this, I am reminded how humanity has hit rock bottom. Unfortunately, another story of brutality and injustice leads the headlines and proves me wrong.

I used my pen to express my grief but pray that the unjust killing of Sharif does not go to waste.

Instead, his sacrifice encourages those who are still fighting for our freedom by exposing the tyranny of so-called democratic states.