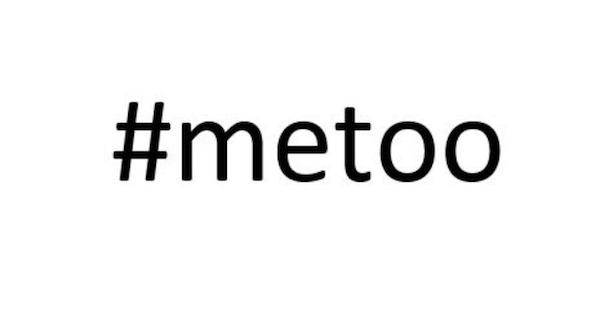 As someone who is still trying, after so many years, to write a novel I was especially interested to read a New York Times article about how the publishing industry is being rocked by sexual harassment allegations against famous authors and the men who run an industry where most of the employees are women.

Sherman Alexie, Jay Asher and James Dashner, all mega-bestselling authors, are facing career-ending allegations that have forced publishers to stop producing their books and led some bookstores to stop selling them. They are walking away from what would have been guaranteed money in the bank.

Walmart also said it will stop selling Cosmopolitan magazine at its checkout lines (you can still find it in the magazine section) after pressure from a national advocacy group that asserts the magazine promotes a male-oriented view of sex that demeans women.

We wanted sexual liberation. We got it. But it has only led us into a sexual prison that’s even worse than the one from which we wanted to escape in the 1960s.

I wonder how far this debacle will go before the general public admits that Christian teaching isn’t so stupid after all. Wait until after marriage before engaging in sexual activity. Respect for everyone comes first. And in a right relationship respect leads to commitment first, pleasure later.

The #MeToo ultimately may force us to rethink relationship, to step back and ask what we expect out of relationship, and to take time to think seriously about intimate relationships before pursuing them.

The Christian church should be in the forefront of that but it’s not. It should be elevating the human person so that we see ourselves and one another as God’s unique creations who cannot be abused by anyone, ever.

But how can the church do so when it is mired in scandal itself? The Rev. Bill Hybels, pastor of Willow Creek Church, one of the nation’s largest evangelical congregations, is the latest in a growing list of pastors who are accused of sexual improprieties.

Christianity Today magazine is starting to read like a police rap sheet. Within just the past several weeks it reported the downfall of the Rev. Andy Savage at Highpoint Church in Memphis and the Rev. Frank Page, president and CEO of the Southern Baptist Conference’s executive committee.

These accusations rob us of the joy, peace, courage and hope that are central to faith in Jesus. The misbehavior of the people who are supposed to represent him motivate people to ignore or reject faith.

If you mistrust Christians and/or our faith I don’t blame you. But do yourself and God a favor. Don’t blame him for the sins that human beings commit because you’ll only cut yourself off from the one person who loves you more than anyone.

Tags christian church me too

Previous Ask a Jew: Are Jews saved because they are God’s chosen people?
Next How March Madness brought this family together