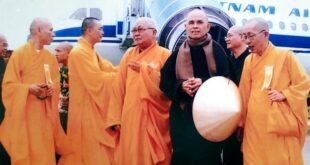 This Memorial Day, I’m commemorating the life of Vietnamese monk Thich Nhat Hanh. In terms of recognition and admiration he is second only to His Holiness the 14th Dalai Lama.

END_OF_DOCUMENT_TOKEN_TO_BE_REPLACED

A wholeness and healing “pilot”

With any TV program, the Pilot episode is the most complicated:  it has to introduce the characters, the world, the plot and conflict lines, and “hook” the viewer into being interested before the first commercial break. Usually, pilots are only aired for the producers, to see if they want to fund the show.  So, often, when the show gets to regular TV, viewers see the second intended episode first, rather than the first, which they don’t see at all.