Should you listen to anti-folk music?

Perhaps it’s a good idea to stay away from anything with a subversive label such as anti-folk, but you might want to make an exception with "All the Rowboats" by Regina Spektor. The song carries all the musical seriousness of folk music, but with a lighthearted, even sarcastic message. Spektor, a Russian-born pianist, might be referring to works by the American realist artist Winslow Homer

END_OF_DOCUMENT_TOKEN_TO_BE_REPLACED

Something to die for?

An American myth says that happiness is some sort of leisure activity: a well-stock trout stream; a sunny beach; a golf game on the coast. It’s what we all look forward to in retirement or striking it rich in the lottery. But how many, after achieving their dreams, only find disillusionment? How many, after finding fame, turn to drugs and alcohol for comfort?

END_OF_DOCUMENT_TOKEN_TO_BE_REPLACED

Bono: David sang the blues and Jesus did some punk rock 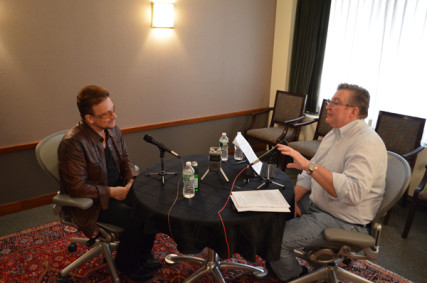 U2 frontman Bono exchanged Bible references and bantered about music, theology and evangelicals’ role in AIDS activism in a recent radio interview with Focus on the Family president Jim Daly.

Growing up in Ireland with a Protestant mother and a Catholic father, Bono imitated C.S. Lewis in “Mere Christianity,” where Lewis argued that Jesus was a lunatic, liar or Lord.

END_OF_DOCUMENT_TOKEN_TO_BE_REPLACED

The Blonde Redheads and losing our humanity

Without sounding a note, the Blonde Redheads say something about today’s world. They are an American band comprised of Japanese musician Kazu Makino and two twin Italian brothers, Simone and Amedeo Pace.