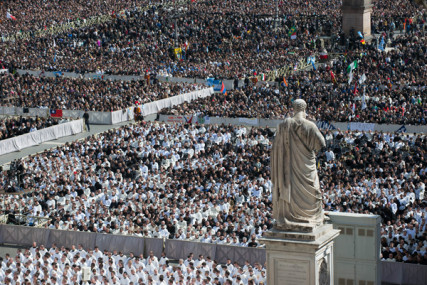 VATICAN CITY (RNS) Gains in Asia and Africa are making up for losses in Europe among the world’s 1.2 billion Catholics, according to Vatican statistics released Monday (May 13), signaling a shift of the church’s center of gravity toward the Global South that was heralded by the election of the first Latin American pope.