END_OF_DOCUMENT_TOKEN_TO_BE_REPLACED

Ask a Bahá’í: How Can Bahá’í’s Believe There Is Only One Religion?

Yes, the Bahá’í teaching that “all the religions are one” is a challenging claim. Religions say different things, contradictory things, often in opposition to each other. In fact, in a single religious tradition — such as Christianity — various denominations often say diametrically opposing things on certain issues, such as who was Jesus, how do we attain salvation and should Christians be drinking alcohol.

END_OF_DOCUMENT_TOKEN_TO_BE_REPLACED 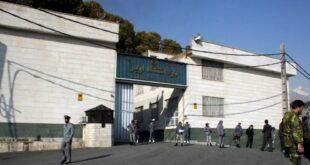 Consider the fate of two Baha’i women in Iran who, in November, were sentenced to their second 10-year prison terms after a hiatus of four years. Mahvash Sabet, 69, and Fariba Kamalabadi, 60, were first incarcerated in 2008 and released in 2018. At the time they were part of an informal group of five men and two women who tended to the basic pastoral needs of the Iranian Baha’i community. This was with “full knowledge of the Iranian government,” according to the Baha’I International Community (BIC) in Geneva. The BIC represents the worldwide Baha’i community at the UN and other international forums.

END_OF_DOCUMENT_TOKEN_TO_BE_REPLACED

Can We Heal Our Divisive Politics? 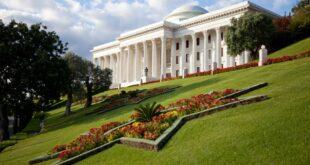 In our zero-sum political system, winners take all. It pays to invest in politicians who further our own interests, often at the expense of others. Ironically, our system of governance is among the world’s finest. For a couple of centuries it’s set the gold standard for emerging democracies worldwide. And that’s what’s scary. We can, we must, do better.

END_OF_DOCUMENT_TOKEN_TO_BE_REPLACED 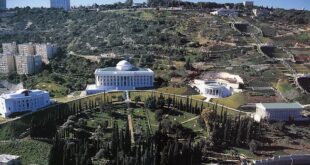 The Baha’i canon includes original scriptures handwritten by the Bab and Baha’u’llah, as well as authoritative interpretations by Baha’u’llah’s son ‘Abdu’l-Baha and great-grandson, Shoghi Effendi. Much of this canon was written in Arabic and Farsi. These original writings are available for research by scholars. Because the Baha’i Faith places great value on independent investigation, Baha’i administration oversees authorized translations into both mainstream and indigenous languages globally.