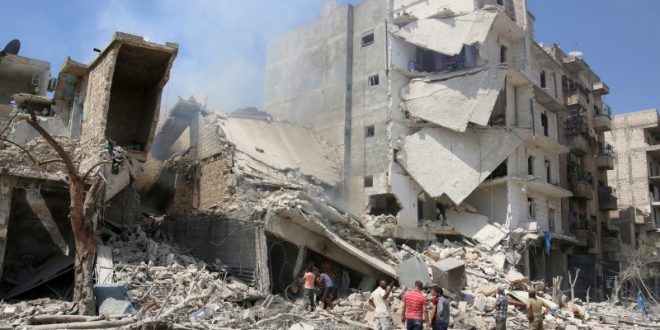 This week we asked FāVS writers this question:

From a faith and/or ethics perspective, what’s your reaction to the U.S. military strike on Syria?

We’ll post responses and they come in, and we want to hear from you too! Leave a comment below to join the conversation.

I was raised to believe that violence isn’t a helpful response to violence. I feel like Martin Luther King Jr., one of my dad’s heroes, said something to that effect. I was bullied as a child but never tried punching my tormentors as hard as I could so they’d, in theory, leave me alone and move on to someone else. I’m told that works sometimes. It wasn’t in the cards for me.

My father identified as a pacifist. My wife is a pacifist with Quakerism in her family history. My mother is a Holocaust studies scholar, the daughter of survivors, and a firm believer in peace activism. An organization she belongs to, Detroit Jews for Justice, works for peace in a variety of ways and settings.

The chemical attack was an atrocity. I haven’t gone down the rabbit-hole of soul-crushing media coverage, but I did watch the awful video of the father cradling his dead twin babies. As the parent of a 9-month-old, that was enough for me. I felt whatever I’m going to feel about this crime against humanity while watching that video.

I do not believe the Tomahawk missiles we launched at Syrian targets will do what supporters of this action want them to do. Pacifism so frequently runs into the Nazi Question (“If you believe in pacifism, what about the Nazis, huh? What about Hitler? Should we have just let Hitler keep killing people?”). Obviously, in a better world, powerful forces for peace would coalesce to prevent genocide from starting up in the first place. To be honest, I know very little about geopolitics and the horrible cost-benefit analyses that lead to military intervention.

I do, however, know a bit about just war theory. The Catholic Church’s just war doctrine, a related formulation, includes four criteria, one of which is: “all other means of putting an end to [the damage inflicted by the aggressor] must have been shown to be impractical or ineffective.” I don’t know what the proper response is to the chemical attack, but for now I have no reason to believe that airstrikes are it. I would add that a president who claims his emotional response to the attack compelled him to act may want to reconsider his draconian refugee policy. Just a thought.

Previous Father Knows Best: A body at odds with your gender
Next My Personal Experience with Suicide