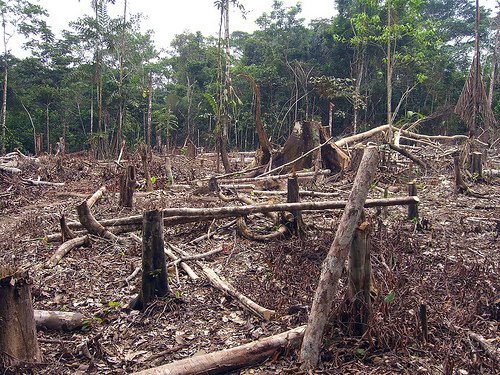 “Surviving Progress” asks if we can change our ways

The Book Parlor, the West Central bookstore operated by Salem Lutheran Church, recently screened the documentary Surviving Progress. The film does not take a markedly theological approach to its subject matter; its first language is science. Nonetheless, it acknowledges that efforts to prevent the extinction of humankind and the destruction of Earth may well have a moral component.

Like many other documentaries, this one features a parade of “talking heads” — mostly writers, scientists, or theoreticians. These professional thinkers share their views on how we might undo the damage we’ve done to our planet in the name of progress. Debt, especially as inflicted on developing countries by wealthy ones, is one of the film’s chief examples of “progress” gone awry. Another is the decimation of the Amazon Rainforest, a mere symptom of a larger evil: oligarchy, the power structure that keeps most of Earth’s resources in the hands of a tiny elite. 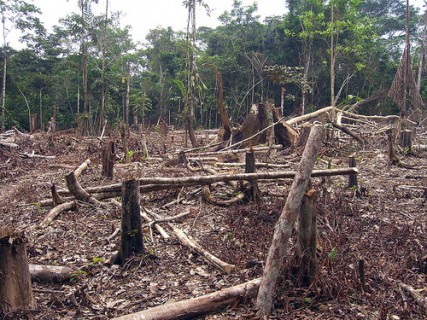 Toward the end of the film, journalist Robert Wright says modern humans have modeled themselves after God, but there’s a catch. Technology allows us to develop synthetic organisms by tweaking genetic codes the way we might program computer software. Our power to create wondrous and terrible things has never been greater. What Wright is left to wonder is “whether we’ll master the other half of being God, the moral half.”

Throughout history, theologians and scientists alike have contemplated human nature. Surviving Progress suggests that we may be following an evolutionary script that’s no longer relevant. Fifty thousand years ago, we had to conquer or be conquered, and whatever aggression we could muster improved our chances of survival. More recently, our aggressive instincts — which have arguably produced deforestation, nuclear weapons, and SUVs — are beginning to screw us over in a major way.

On an individual level, we may be innately, and thus predominantly, good. According to energy expert Vaclav Smil, however, that goodness alone may not be enough to save us. In a riveting monologue that could stand alone as a TED Talk, Smil insists that if we cannot reverse our detached, consumerist ways, we may sabotage our own existence. Prior to Smil’s speech, Colin Beavan, whose radical effort to create minimal waste for a year spawned the documentary No Impact Man, discusses the importance of starting any kind of “save the world” endeavor by examining one’s own habits. Smil, after talking disparagingly about $50,000 bathroom renovation projects, confesses that he is having his own bathroom redone.

Environmentally speaking, no one is without sin, and casting stones seems wholly unproductive. Western society not only facilitates sins against our planet but makes committing them feel like a birthright. Surviving Progress is a sad film because it calls into question our ability to change our errant ways. At the same time, it notes that human beings used to forgive debts routinely and take from nature based only on need. Some of the film’s scholars think we just might be able to get back there someday.