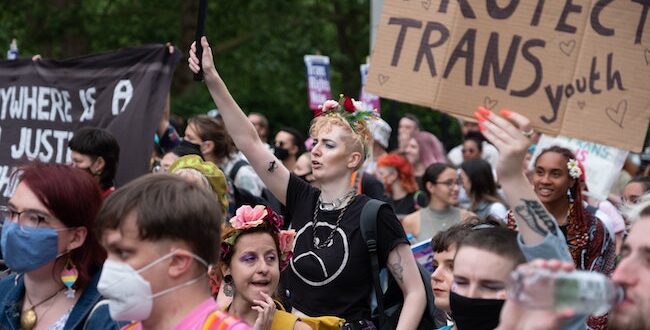 When a child comes out as transgender a few things happen. First, parents decide whether to immediately support them or not. Next, they question what that means for them their child and the rest of their family. Then they question what comes next.

I’ve seen people as young as 4 or as old as in their 70s and come out as trans. Their transition paths are very different. For a younger child, it is simply changing their name, their hair cut and their clothes. For a child about to hit puberty there is the option of going on puberty blockers, which they can stay on until they, their parents, and doctor agree that they can start hormones if that is what they want to do. Surgery comes later, most cases after they turn 18.

That being said, there is no one way to transition. Not everyone will want to take hormones or get surgery. The options still need to be there, though for those that do want those things.

Texas Attorney General Ken Paxton said that providing gender-affirming medical care to minors is considered child abuse under state law. He’s not the first to feel this way, and won’t be the last. But what we need to understand is this: about 50% of transgender youth have or will attempt suicide by their 18th birthday. This number drops dramatically if they are supported by even one family member and have access to gender affirming healthcare.

Labeling necessary healthcare as child abuse only makes the lives of supportive families harder and feeds into the belief that being trans is a mental illness or something that is done only for attention.