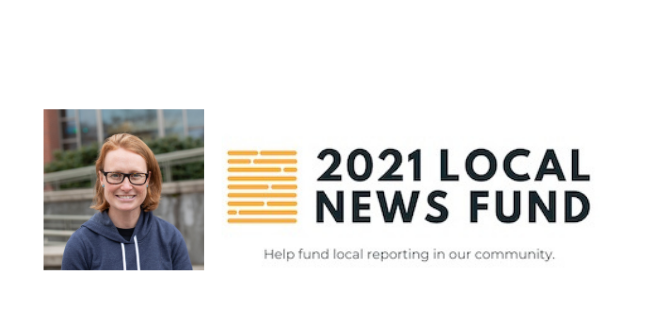 FāVS need your help! We recently launched a campaign to raise money specifically to pay its team of specialized journalists. As part of that initiative, FāVS has spent the past few weeks introducing you to the reporters you support. A gift of any amount will allow FāVS and its journalists to keep researching, writing and publishing fact-based news stories that impact us all, however a gift of any amount helps!

To Tracy Simmons, Spokane Faith and Values (SpokaneFāVS) is not just a website, it’s a community of writers, readers and seekers wanting to understand one another.

She created SpokaneFāVS after the newspaper industry took a hit in 2009 and watched colleagues across the country lose their jobs. Teligion reporters were the first to go.

“I think the religion beat touches everything – sports, entertainment, business, etc. – and we need reporters in the community dedicated to reporting on faith and ethics and how it touches our everyday lives,” she said.

Since launching SpokaneFāVS, she believes it is one of Spokane’s best kept secrets, but she doesn’t want it to be.

“There’s no other city in the U.S. that has a website focused strictly on local religion news coverage that also features 40 local religion columnists,” she said. “I think if Spokane embraced us just a bit more, we could really do amazing things.”

Simmons said the best part of running SpokaneFāVS has been watching people from different faith practices get to know each other.

“I’m so pleased that journalism has brought people together – Jews and Christians, Muslims and Buddhists, etc,” she said. “So many people interested in spirituality in Spokane are now friends because of SpokaneFāVS and I think that’s what I’m most proud of.”

Even though she launched the site to do more local religion reporting, Simmons said it costs money and its journalists deserve to be paid.

Currently she is working full-time at Washington State University (WSU) and volunteering as the Executive Director of SpokaneFaVS and hasn’t been able to publish as much news as she’s aimed for. Despite that, she said a focus of the new year is to do more reporting, which she is excited about.

Simmons said she is grateful to the Spokane and Palouse communities for supporting SpokaneFāVS, adding she is truly humbled and will continue to have big dreams for it.

She said events, like the popular Coffee Talks organized by FāVS, have always been an important part of SpokaneFāVS but COVID has made it a struggle, forcing events to go virtual. However, she hopes people will continue to participate in the forums in the coming months.

“I’ve learned I can’t do this by myself and hope donors or volunteers will step forward to help this amazing project continue to do great things,” she said.

When she’s not reporting or teaching in the classroom, Simmons can be found cycling and has ridden 2,300 miles this year; just shy of her 2,500-mile goal. She also hikes, saying nature is church to her. She earned her bachelor’s and master’s from Eastern New Mexico University.