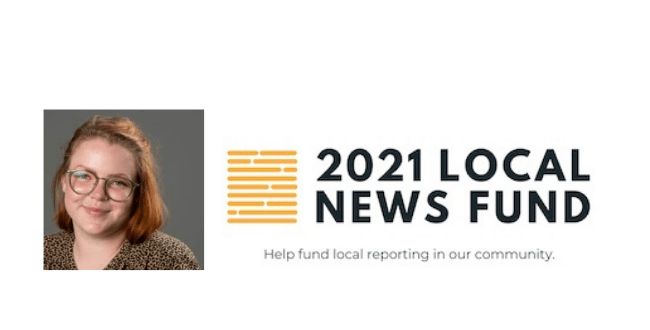 FāVS need your help! We recently launched a campaign to raise money specifically to pay its team of specialized journalists. As part of that initiative, FāVS will spend the next few weeks introducing you to the reporters you support. A gift of any amount will allow FāVS and its journalists to keep researching, writing and publishing fact-based news stories that impact us all, however a gift of any amount helps!

Riley Haun always knew she wanted to be a writer, but said she wasn’t good at coming up with stories.
However, once she started reading the news as a teenager, she realized that the most interesting stories
usually come from real life.

Even though she is not very religious herself, Haun said she chose religion reporting because she has
always been interested in all the intricacies of others’ beliefs and how they play out in the big picture.
As to why she writes for SpokaneFāVS, Haun said they are doing something no other outlet in the region
is doing and she’s glad to be a small part of it.

“Reporting for FāVS offers me a chance to feed my own curiosity about the inner workings of spirituality
while feeling like I’m doing solid work to shine a light on the things that make the people and
communities of this region unique,” she said.

Despite living in the Inland Northwest for years, Haun said she loves learning things about the region
she’s never considered before writing for SpokaneFāVS, whether it be through her own reporting or
reading a fellow reporter’s work.

“FaVS is unlike anything else simply because of the way it works to cover stories you won’t find
anywhere else, but I think the deeper value of this outlet is the way it sources all of its pieces from the
community it’s built, whether that’s from freelance writers and columnists drawing from all walks of life
or from the FāVS Center – another completely unprecedented piece of the work they do!” she said. “It’s
rare that the people you see covered in a news story have a chance to engage personally with the outlet
that’s telling their stories, and I think that will continue to prove its value for years to come.”

She graduated from University of Idaho with a journalism degree in 2020. Her number one hobby, and
full-time day job, is baking. Pies, cakes, cookies, pastries, she loves to make them all. When she’s not
baking, she loves taking hikes around the Moscow area with her partner and their corgi, Linda.

Previous ‘Mary Did You Know’ writer Mark Lowry good-natured over song’s controversy
Next Lessons from Buddha on how to see the good in other people, including my dad