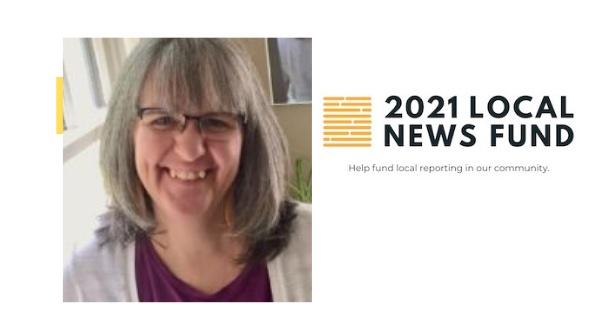 FāVs recently launched a campaign to raise money specifically to pay its team of specialized journalists. As part of that initiative, FāVS will spend the next few weeks introducing you to the reporters you support. A gift of $100 will allow FāVS and its journalists to keep researching, writing and publishing fact-based news stories that impact us all, however a gift of any amount helps!

When she was 17-years-old, Cassy Benefield was considering choosing journalism as a possible major after graduating high school due to her love of magazines. At first, she thought she was going to be a filmmaker when she moved to California. However, after winning a Santa Barbara Creative Writing grant twice, she discovered she had a penchant for creative writing and decided to change her focus. From there, she went on to earn a B.S. in journalism from California Polytechnic University in 2000.

Benefield first got involved with SpokaneFāVS while researching and looking for a job in Spokane, stumbling upon a local Religion News Service branch website. When she saw it, she nerded out and she said the next thing she knew she was freelancing for FāVS.

She said she loves FāVS because of its inclusivity and because it’s a place where progressive and conservative Christians, Bahai’s, Muslims, Hindus, agnostics, atheists, Buddhists and others can sit at the table with one another with mutual respect despite their differences. Everyone is free to share their points of view respectfully and FāVS has increased her compassion for others, she said. She added that she feels her experience at FāVS has made her a better Christian.

“I think that through SpokaneFāVS, people get to share their stories with one another—whether they are personal via a commentary or a Coffee Talk discussion or they are objective, non-sectarian news stories–and through this process, if we are willing, we can grow in our love and our compassion toward one another. And isn’t this just what the world needs more of in our day?” she said.

Her faith in Jesus is an important aspect of who she is and she has studied various religions. The reasons people follow their beliefs and the fact that there are a variety of religions throughout the world has always fascinated her. She loves to study the Bible, various theological viewpoints, different religions, any kind of religious history, and anything else that grabs her curiosity.

We hope you’ll consider giving a gift of support so we can pay our reporters to continue covering local religion news!

Previous Ask A Baha’i: A Hindu Practice
Next Do you care about religion reporting in Spokane? Consider a donation