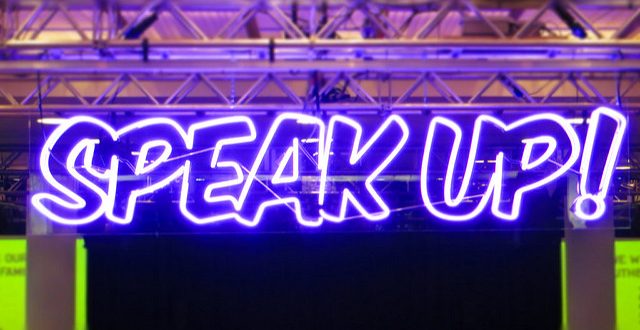 Generally, I don’t mind being the token Jew. I love questions and I love discussions of all things Jewish. However, when the election results came in, on the anniversary of Kristallnacht, I was terrified. I was exhausted. I didn’t want to educate. I didn’t want to explain. There were so many discussions on social media that I wanted to weigh in on, but I simply didn’t have the patience or the motivation. It’s exhausting having the same arguments time and time again and it’s even more difficult to have those arguments amid a backdrop of spray painted swastikas (both in memory and in the world around us). Then a friend said something on Facebook that changed my mind. When I told her I didn’t have the strength to respond, she told me,

“It is hard and today we mourn but being the only one in the room who represents certain communities it often becomes my job. I just want people to know that this outcome will only make me more dedicated. Speak up. Even if it is frustrating speak up. Let people know who you are and where you stand. The only way to change it is to Carebear Stare this business down. Your words have more power than you think, as does your silence.”

The fact that those words were written on the anniversary of Kristallnacht made them strike even harder. I wanted to ignore her. I wanted to brush them off and hide out from the world, but there was too much truth and wisdom in what she said.

In the wake of the election, my words have been met with a variety of responses: disbelief, mockery, outright hatred. There are many who respond with love, concern, and proclamations of support; yet when I need them, I’m met with silence. When I try to offer explanations and others are willfully ignorant or even hateful, my friends have not supported me. They have not replied. They have not joined the discussion. They’ve been silent. The only friend who has spoken up to support me is Jewish. Privately, the friend who has checked in with me the most and who has provided me a safe space to vent (and I tried to do the same for her) is an immigrant.

That plea to speak up is not only for your minority friends. That plea is for you too. The responsibility to educate doesn’t only fall on the heads of your Muslim, Jewish, brown, immigrant, disabled, LGBTQ friends. We need you! You cannot support us and stand idly by.

“Your words have more power than you think, as does your silence,” T. Garza