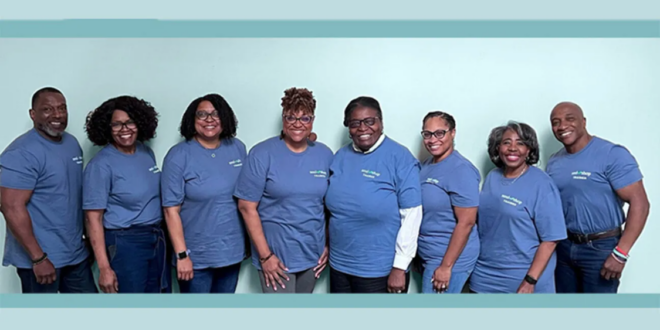 The suicide rate among Black men aged 25-34 has increased over the past decade, University of Houston psychology professor Rheeda Walker explained in February. An isolating pandemic has not helped diminish the numbers.

In her book, “The Unapologetic Guide to Black Mental Health,” Walker discusses how every member of the Black community plays a role in addressing suicide, often a taboo subject. She describes how Black mental health requires culturally relevant solutions.

What works for white people does not transfer over to a solution for Black people. Her thoughts are grounded in her research, which specializes “in the intersection of culture, race, mental health, and suicide.”

Spokane’s Phillip Tyler recently unpacked some of the cultural and racial intersections of mental health and suicide from a place of experience.

A little over four years ago, Tyler’s oldest son died by suicide. Tyler recalled having “the talk” with his eldest son. He explained how to wear a mask, conceal emotion and how to be a strong Black man. This was the same talk that Tyler’s own father had given him. Tyler, a former military man, raised his son the same way.

The very same mask that offers protection and survival from a racist system can cause internal undoing. Further, the backbone of the Black community — the church — tends toward a culture that encourages misconstrued masculinity for the sake of survival.

Research from the National Institute of Health reinforces the idea that church communities play an important role in suicide prevention and attempts. According to research, “Whether religious affiliation fosters a sense of belonging, or makes a person feel ostracized likely impacts suicide attempt risk.”

Tyler remembers growing up in the church and being told that someone with depression “needs to pray more” or is simply dismissed as “being crazy like that.” Yet, he also recalls that four years ago, Pastor Andre Dove was a source of comfort and guidance after his son Devon’s death.

Tyler was mad at God. He was hurting. He was dealing with emotions that his own mask would not allow him to express. Dove took the opportunity to include suicide prevention in his sermons.

He destigmatized the taboo topic of suicide and provided support to his congregation and to Tyler during a confusing and tragic time. Tyler would like to see more of that response, and not only from pastors, but from all members of the congregation and Black community.

Walker says that the “Unapologetic Guide to Black Mental Health” is “for everyone — from your girlfriend to your brother to your pastor.”

Her work encourages the reclamation of culture as power and the need for a strong cultural identity to prevent suicide. While her work is more secular in nature, she is aware of the importance of the Black church and the role it can play in suicide prevention. She isn’t alone.

Soul Shop for Black Churches, a faith-based, suicide prevention resource, has recognized the central role the Black church plays in the community. Preparing leaders of faith communities to provide culturally and psychologically-based support to struggling community members is a step toward reclaiming cultural power and identity in the face of suicide, stress and hardship.

Tyler spent several days in New York attending a workshop for clergy, staff, lay pastors and faith-based clinicians. Though Tyler is not clergy, he emphasizes the need for a better understanding of suicide by all church members regardless of role.

He intends to offer workshops to leaders of all faiths and religious communities in Spokane in order to increase awareness of suicide and offer support to those who have been impacted by suicide.

NIH researchers also emphasize pastoral response as a potent source of potential protection against self-harm. Researchers found that, “Before assuming religious affiliation is protective, one must consider the culture-specific implications … In some places the affiliation might connect the person with community resources, while elsewhere the affiliation could isolate the person.”

Tyler encourages what is called a “soft handoff.”

For instance, congregants might open up to their pastors, but when faced with connecting to professional mental health counseling they could be daunted by a lack of BIPOC service providers.

Currently, Soul Shop for Black Churches is offering only one workshop in Charlotte, N.C. Tyler plans to change that and aims to bring the workshop to Spokane as soon as possible.

Previous Speak out: refuse to justify the ‘unthinkable’ of using ‘limited’ nuclear weaponry
Next ICR on the Road … and on the Ropes