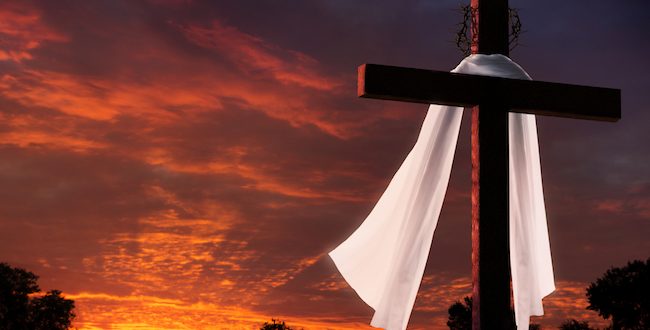 Suffering and Sacrifice are only part of the Lenten lesson

A group of us were working with our youth group this past Sunday trying to focus on the definitions of Lent, and why various Christian denominations take on differing attitudes toward the season between Fat Tuesday and Easter.  Yesterday morning my social media feeds were filled with references to Mardi Gras and the theme of indulging one last time before beginning fasting of various sorts for Lent.

I suppose I’m getting a bit old, as I’m understanding Lent from a different perspective.  I may be moving from what Richard Rohr calls the first half of life in his work “Falling Upward.”  As I’ve had some success as an upper-middle-class American white male in my professional life, I’ve been more contemplative, thoughtful, and more deeply grounded the past couple of years. I still carry the striving, anger, and need for control of my younger days, but am finding abiding joy and meaning in this second half of life as I’ve begun to get out of my own way.  Seeing pictures of king cake, paczki, gobs, and all sorts of other regional traditional fried goodness, I am a bit jealous (trying to be gluten free for my fun second half of life autoimmune disease) but am wondering what indulgence prior to fasting means, especially as echoes of the ideas of the meaning of Lent from the youth play in my head.

One of our group, a soon to be sophomore in high school gave a great text-book answer when asked why we do Lent. “Because Jesus died for us and we should understand what he went through.” In my mind I bristled as I heard “sacrifice.” Do we need to sacrifice and be uncomfortable to understand an incredibly small piece of the suffering that Jesus took upon himself on Good Friday?  I was struck. While part of my brain’s immediate response was “that’s not it – or at least not the whole story,” suffering and discomfort is definitely a part of the Christian spiritual experience. The uniquely American prosperity theology aside (which Cathleen Falsani calls an insipid heresy), there appears to be a key within Christian suffering.  From the Garden of Eden, to Jesus, to the Paul in Prison, suffering is a biblical arc. Who suffers, why they suffer, and the purpose of suffering has challenged religious thinkers through time.  Even looking at SpokaneFāVS, if you type “suffering” into the search, 87 pages of articles come up. The physicality of Jesus’ presence, life experiences, and suffering death are a part of the lived Christianity.  With Lent, maybe understanding suffering through fasting from the norm brings us into the suffering Christ, so we are more deeply aware and thankful.  My prayer for our Youth Group is that the understanding of suffering comes from a place of grief, gratitude, and guilt – not from the all too familiar shame that as a child and adult I’ve struggled with.  Penitence and thoughtful reflection are a part of Lent and should be embraced in Lenten practice. However, those pangs of shame and the drive to be “good enough” echo through my own struggles with finding meaning in suffering.

If, however, suffering is only a part of the lessons of Lent, what are the other things that we should focus on?  If the suffering and constant thoughts of “I can’t have this” aren’t the total point, then what is? One of the struggles that the youth group talked about as the discussion went on was the roll of our smart phones in our lives, especially in light of texting and social media. Much research appears to be linking the growth in depression and anxiety in teens to the role of smartphones in their lives. It isn’t that the smart phone is bad and is the cause of these issues. The phone in and of itself is a technology – merely a tool. Like any other tool, as positives come, there are potential negatives. In our small group discussion, the conversations focused on how the phones build relationship in the teens’ minds. They see it as a tool for creating connection – not fully understanding the limits of those connections and the benefits of intentional face to face interactions with another human being.  They feel they can communicate and empathize with somebody through a text and purely the written word.  While it was interesting as the old guy in the room to listen to the teens defend their understandings of connection through technology, I’m also aware of the reports that empathy and understanding of others decrease when we’re continually connected to (or through) the technology.

While the kids were focusing on the overwhelming thought of not using their phone, even if only taking on a small technology fast for Lent, I found myself trying to flip the conversation to the idea of a win-win. Rachel Held Evans gave ideas for Lent that included the thought of focusing less on the taking away of something, and embracing the thought of adding during Lent.  Instead of striking fear and suffering focusing on the loss of control and missing the connection to the screen, should we instead dive into the understanding that we have an opportunity to reach out and connect with another living, breathing, and complex person face to face (or voice to voice)?  Are we losing an extension of our body and mind (our phone), or are we adding an opportunity to laugh, cry, and break bread with another without the distraction of technology?  A smart phone, in and of itself, is merely a tool.  It has no innate positive or negative value.  The value comes in how we use and misuse any technology. Maybe that is where my reflection lies today while contemplating Lent. The tool itself – the technology – is not inherently good or bad. The suffering, fasting, and giving of control is not negative, nor is it positive, without us and our use or misuse of these tools.  Lent can mean many things as we wait in Eastertide.  My hope this year is that I (and our youth) can use Lent intentionally to connect to other human beings, to understand suffering, and to grow empathy, love, and connection in our jaded and fractured world.