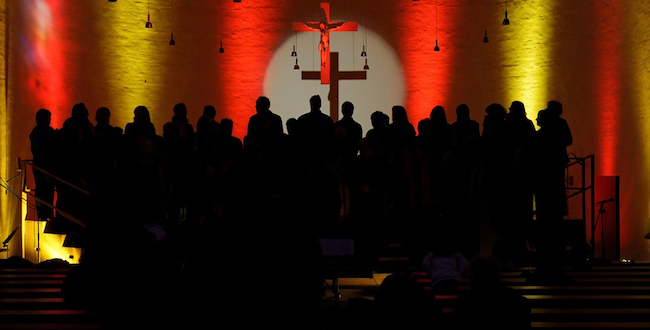 Studies Reveal How To Serve Youth And Young Adults Better

Breaking free from the stereotype of the disengaged teen could help churches serve them better. And as those teens age into adulthood, congregations need to be willing to work to keep them involved.

Those are some of the takeaways of two recent studies. One study focuses on the role religion plays in adolescence; the other explores congregational involvement in the first several years of adulthood. In both cases, there are practical takeaways congregations can glean from the data as they work to reach these groups.

The teenage years are thought of as a time of rebellion — including rebellion against religion. But the National Study of Youth and Religion found that teens are more interested in religion than given credit for.

The study examines the role of religion throughout adolescence, including how that role changes over the years. This long-term national study gives both a big-picture perspective and a look at individual experiences, ultimately providing an in-depth picture of religion and American teenagers.

Importance of religion to teens

Pearce said there’s a lot of diversity in terms of how important religion is to teens in the U.S. Although people tend to view teens as adversarial toward religion, she said in general, the youth in the study viewed religion as positive.

One of the reports in the study focuses specifically on whether youth are alienated from religion. Only 15 percent say they are alienated — a number that’s similar to the adult population. Another 15 percent are “simply disengaged.” That leaves two thirds toward the positive end of the spectrum.

According to another report, some teens did become less religious through the years, though a majority either stayed the same or became more religious.

Pearce said even in cases where there were changes in practice, such as going to services less, that didn’t necessarily mean there was a change of beliefs.

“There may be more interest than we realized,” Pearce said.

Desire to dig deeper and question

Pearce also said in the early teenage years, teens had a hard time articulating their beliefs well. And many of them wanted something deeper.

She said it’s important for those who work with youth to find creative ways to get them thinking and talking about their beliefs. When too much emphasis is placed on flashy activities, there’s a risk of not reaching those who want more serious conversation and study.

Research team member Melinda Denton, a sociology professor at the University of Texas at San Antonio, said it’s important to give adolescents room to question.

“If they aren’t given space to question … we see some backfiring in that,” she said.

When adults shy away from questions — whether because they don’t want their kids to question or because they have a hands-off approach — that can be frustrating for teens, and it makes it difficult for them to move forward.

Both families and congregation members need to understand the importance of questioning as adolescents claim their faith as their own, she said.

According to the study, one of the main reasons some teens end up drifting away from religion is because they’re busy. A report states, “Adolescents cited school, work, extracurricular activities, and friends as examples of things that fill their time and leave less and less time for religious participation and devotion.”

Denton said teens often struggle to connect the relevance of religion to the rest of their lives. If it’s just something they do on Sundays, it tends to take a “back seat.” It’s important for families and churches to find ways to help their adolescents connect faith to daily life.

Congregations also need to understand that until youth turn 18, they have a pretty clear “life script.” But then, life diversifies. It’s important for churches to think about how they can connect to people in different life stages, especially as teens age out of youth group.

Pearce said congregations tend to put a lot of emphasis on family life, and that’s important. But churches also need to keep in mind Americans are marrying later, which means fewer young adults can relate to the marriage- or child-oriented programs.

“We’re widening the window of young adults who aren’t there yet,” she said. With that in mind, she noted it’s important for churches to try engaging them.

A recent study from Faith Communities Today looked at how young adults do — and don’t — fit into congregational life. The study focused on 18- to 34-year-olds from a variety of religions. The resulting report, “Engaging Young Adults,” provides insight into this age group and how congregations can reach them.

Those that do have thriving young adult populations tend to be the ones with offerings beyond worship.

“I think congregations may need to be willing to be transformed themselves,” said the the Rev. Kristina Lizardy-Hajbi, the writer of the report and the director of the United Church of Christ Center for Analytics, Research and Data.

The report shows, there is much to consider when building a strong young adult ministry, and there are several steps churches can take.

Lizardy Hajbi said that first, congregations need to have a desire to attract young adults and a passion for them — they need to be a priority.

Another key is strategy. But often, it’s strategy that’s missing.

In developing strategies, churches need to understand their context within the communities they serve. Lizardy-Hajbi said that often, churches have an idealized picture of the types of young adults they’d like to attract. One might want college students, while another might hope for young single professionals or young families. But it’s important that congregations understand the demographics of the area and who they’re actually likely to draw.

Although many congregations struggle with young adult programs, there are successful congregations to learn from. Some of them are highlighted in the book, “How Religious Congregations Are Engaging Young Adults In America.”

The book includes congregations from a variety of religions, and they have different tactics and resources that make them successful. Most of the congregations aren’t famous, but they are good examples of local congregations making real efforts. “They sketch a picture of what the topic of young adult ministry looks like at the grass roots in America today,” the book states.

One of the success stories is ChristWay Community Church, a Southern Baptist congregation in Ooltewah, Tennessee, that has a “Starbucks-like” vibe.

Another example is Kirkwood United Church of Christ in a suburb of Atlanta, Georgia. The church is really involved in its neighborhood. And of the 150 members, one in five are between 18 and 30 years old.

Life Center Four Square Church in Spokane, has roughtly 8,000 people. One of its Sunday services, in particular, draws young adults, and the church has started five other congregations.

The book also includes a synagogue, a Baha’i center, an Orthodox church, a Mormon church and several others throughout the country.