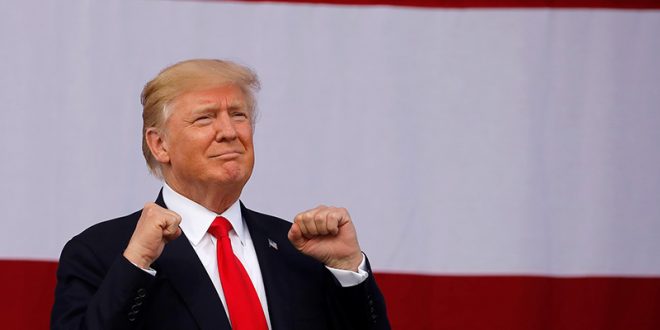 During the 2016 Presidential Campaign in the United States of America, one of the candidates said he would release his Income Tax Returns once the Internal Revenue Service had completed its audit on them. This candidate (whose name rhymes with ‘Rump’) then complained that he was probably under audit because he was “such a strong Christian…”

Much partisan-polluted water, of course, has passed under the bridge since that strange comment. But since we must start somewhere, I’ve chosen to start here—with an exploration of what we mean by “strong” when the adjective is paired with “Christian”—and, paired, I might add, like a stale bottle of Boone’s Farm with last Sunday’s Carp-du-Jour.

The candidate in question (whose name rhymes with ‘Dump’) will be running for office again in 2020, but my reasons now for raising the issue are less political than they are theological. Theology, however, is a slippery discipline. Any time, someone with a PhD or another degree of glory sets out to study Theos, a.k.a., God, it would be important to remember that our ideas of God can never actually approach the presumed, transcendent Reality of God. With this caveat, then, it remains a wonder-to-the-seventh-degree why so many public figures identify themselves as believers in God, or even as followers of Jesus Christ, without genuinely thinking through the implications.

For one to claim strength in the realm of spirituality—especially a spirituality as materialistic as Christianity—the person should immediately cast aside the following images: the muscle-bound stud or beauty contestant, the alpha male or female, the tailored suit of the executive, the sweet-talking, back-slapping, ol’ boys-networking sycophant, the gossip-hound who prides herself on getting ‘dirt’ on a neighbor… All of these images, to be sure, are glittering. And impressive.

But, you see, it is against this very glittering impressiveness that a Crucified Christ fights his most bitter temptations (Matthew 4; Luke 4), and delivers his most sincere warnings—“Beware of the scribes, who like to walk around in long robes [read: long, red ties], and love to be greeted with respect in the marketplaces [read: in the Oval Office], and to have the best seats in the synagogues [read: on Air-force One]and the places of honor at banquets [read: at campaign rallies in swing states]”. What’s bracketed in the midst of Luke 20:46 is, of course, my effort to interpret the passage as a living text—a string of words, whose meanings and references are neither static nor dead on the page but which breathe discernment into being a faithful and thoughtful Christian.

Christians, who are strong, recognize in all their relationships the need of a prayerful process so that they may differentiate modern-day versions of King Herod from those magi who approached from the east, and after consulting with the narcissistic demagogue, experienced an incredibly vulnerable manifestation of the Divine Presence—and then, and then, and then—“left for their own country by another road” (Matthew 2:12). I am perplexed, by contrast, to live in a 21st century nation, where the contemporary ‘King Herod’ (whose name rhymes with ‘Lump’) is lauded and applauded without the slightest reflection on what a “strong Christian” might look like and sound like… and most significantly, might behave like… Moreover, to those who argue that this self-anointed “strong Christian” was not elected to serve as Pastor-n-Chief, and therefore we should tolerate a little conspiracy-theory for the sake of the greater good, I would invite you to review the paradoxical proclamation of First Corinthians 2:1—13, where the apostle Paul writes, “And I came to you in weakness and in fear and much trembling…”

There is, it seems today, a profound shortage of fear and trembling among evangelical followers of Jesus, who insist, for purposes of political advantage, on ignoring the radical reversals that has always characterized the Christian mindset.

In Christ, the first shall be last, and the last first.

In Christ, the widow’s meager mite counts for more than the entire golf course one owns in Scotland.

In Christ, we are all the persecuted refugees, who are fleeing the callous patriotisms of “Blood & Soil” for the blessed and inclusive vision of the Basileia tou Theo—the Kingdom of God!

Even today, I drive around my Spokane neighborhood and spot a superabundance of churches, who allegedly promise this message of hope and reconciliation. And yet, given the divisive ethos of even this, most livable of neighborhoods, the only conclusion that I can draw is that very few of those faith communities want to practice the discernment, which has been prescribed for precisely times such as these. And when I hear of churches who refrain from participating in political discussions—for example, not wanting to deal with the issue of asylum-seekers from other distraught countries—it would seem reasonable to assume that the vast majority of “strong Christians” relish their like-minded safety-net more than the bewildering salvation of the frail and the fainthearted.

I close with a little Hannah Arendt, who never ran for political office, and who identified herself neither as “Strong” nor as “Christian,” but who may be closer to the Truth than the man who will chatter on and on in stump speeches, and whose name, coincidentally rhymes with ‘Stump’.
Arendt:

This inability to think created the possibility for many ordinary men to commit evil deeds on a gigantic scale, the like of which had never been seen before.

If you appreciate this column, please consider donating to FāVS so we can continue to publish more content like this.