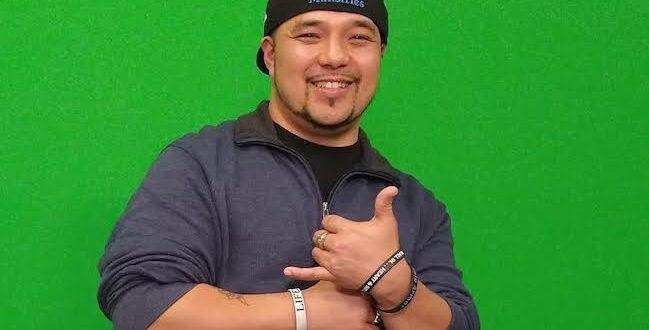 Gang violence, addiction and depression could not stop Spokane resident Sean Lizama from following his calling to help young people who are going through the same struggles he survived.

“I’m finally healed, delivered from bondage and living in freedom,” Lizama said. “But if we don’t come together and set our differences aside, we’re going to lose another generation [of young people].”

An Invitation to Church

Like many young people he sees today, Lizama was at a low point in his life in 2014. He said he was bouncing between houses in Tacoma, unable to keep a steady job and his father had cancer. During a night of drinking and smoking weed, one of his friends invited him to church.

Lizama could not think of an excuse not to go.

“I was under the influence, but I didn’t realize what other influence I was under,” Lizama said.

After his second visit to the church, Lizama said he was saved by Jesus. But his problems did not stop there.

Lizama hit rock bottom in 2018. Hoping to get his life back on track, he moved to Spokane and joined the Inland Northwest Union Gospel Mission’s life recovery program. He said he stayed there for 17 months.

During his time in the program, Lizama dove deep into the past experiences and traumas that triggered his addiction. Program director Mike Scholtz said the program is heavily based on learning the root causes of addiction and overcoming them.

Lizama always stood out because of his spiritual maturity, Scholtz said. Lizama often wanted to have conversations about faith.

Scholtz said Lizama is a completely different person than when he started the recovery program nearly three years ago.

After completing the recovery program, Lizama went home to his wife and young son in Tacoma and wrecked what was left of his marriage. He said the only place he could run was back to Spokane.

“I hated myself for ruining my family and my marriage,” Lizama said. “I had never been so close to suicide ever in my life. But people here — they loved me. They didn’t judge me. They encouraged me.”

God helped Lizama overcome his struggles with depression and suicidal ideation. Living in Spokane saved his life, he said.

“Striving for milestones” became Lizama’s mantra. It reminded him of the progress he made in recovery and the obstacles he overcame, he said.

Lizama started Milestones Squadcast, a podcast to talk about social issues in Spokane. He said he also started his own company called Milestones Media.

Scholtz said he was initially unsure about Lizama’s podcast idea. But Lizama is tenacious, and that has helped the podcast succeed.

“[I should have known] if Sean felt like this was the direction God was leading him, he would go after it, and he has,” Scholtz said.

Lizama uses his platform to work with Spokane city officials and ministry groups to prevent gang activity, sex trafficking and domestic violence. He said he is organizing prayer marches throughout the summer to pray for the city.

“All these people are coming together to address how we’re dealing with the gang problem,” Lizama said. “We all believe in Jesus, so it’s more than just ‘lock them up and throw away the key’ … it’s about rallying around these kids.”

A Call to Youth

Philip Tyler, Milestones Squadcast co-host and Gonzaga University crime prevention and education officer, said Lizama is called to help young people and is passionate about saving them from violence.

“[He is] willing to pour all of himself into issues that are going to make others better,” Tyler said. “He is a young man that’s eager to prove he is not the sum of his worst behaviors.”

Lizama said he is available to help people who are struggling. He can be reached at 509-558-1496 or milestones1media@gmail.com.

Emma Ledbetter is a freelance writer from Newcastle, Washington. She is a rising senior at Washington State University, where she is a microbiology major. She has written for The Daily Evergreen, WSU's student newspaper, for the last three years and is currently serving as editor-in-chief. Emma is content as long as she is writing, and she hopes to be a science writer after she graduates. In her free time, she enjoys reading, hiking and playing with dogs.

Previous What Is the Average Cost of a Funeral?
Next The Spokane Heat Wave: A wave of helping others