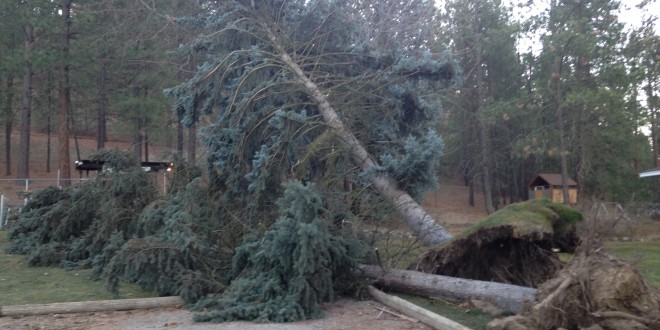 Was your church or house of worship damaged in yesterday’s storm? How can the community help? Post info with photos on our Facebook page, tweet them to us or email them to tracysimmons@spokanefavs.com.