This week, Faith & Values news is exploring what happens when violence crosses thresholds in churches, synagogues and mosques. We’ve learned about church safety, mosques set ablaze and how congregations are preparing for the “when” — not “if” — attacks will happen.

In Spokane, churches teeter on a delicate balance of opening their doors wide and locking them tight. One church caters to people who can sometimes be aggressive or hostile. How do they minister to individuals in crisis and keep their own flock safe?

SPOKANE, Wash. — For more than a decade the Rev. Alan Eschenbacher has tended to Spokane’s mentally ill and needy — eating with them, engaging them, befriending them.

In 11 years he’s only been scared once.

A 6’5, 200-pound homeless military veteran suffering from post-traumatic stress disorder came to the church’s weekly community dinner toting a military-issued knife. He left unwillingly after eating, but he didn’t go far. When Eschenbacher was alone in the church, the man came back.

“To know I was alone with a special forces person who was off his medication, off of any type of care….who knows what he could have done,” Eschenbacher said.

The encounter ended calmly and Eschenbacher has come to know the man.

“He’s just a gentle giant,” he said, “ruined by the military.”

According to the American Psychology Association, those with a low social-economic status have higher levels of emotional and behavioral difficulties and show high levels of aggression, hostility and perceived threat. 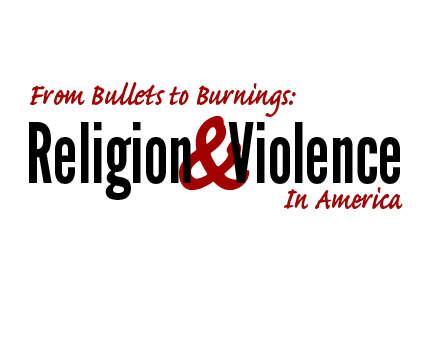 That’s who All Saints serves. Nestled in Spokane’s Browne’s Addition neighborhood, which is home to numerous low-income apartments, the church strives to be a good neighbor. Besides the community dinner, which feeds more than 80 homeless and low-income individuals weekly, the church also hosts a sex-offender ministry. Other than a handful of thefts, Eschenbacher said serving the poor hasn’t caused any problems, and it certainly isn’t unsafe.

“Most of the stuff, instead of being dangerous, is just annoying,” he said. “OK, so a person comes in and stays too long in the bathroom, asks for money or makes a nuisance of himself. Really, it isn’t a danger…”

Still, All Saints keeps its doors locked during the day. Guests need to be buzzed in. Eschenbacher said this decision was made years ago for the church secretaries who couldn’t hear people trying to get into the building.

But over in West Central, nicknamed “felony flats,” Salem Lutheran Church remains unlocked during the day.

“My dream for Salem is that the building has so many things going on, it was used so much, that it was never locked,” said lifelong member Cheri Nelson. “If we ever get to the point of putting in a doorbell, well, I just hope we don’t get to that.”

Nelson serves as the church’s community minister and is often alone in the building. But she isn’t afraid.

“Our fears are based from things we don’t know about,” she said. “If someone comes in and we’re afraid of that person because they have long hair, they haven’t bathed in a week, they don’t have all their teeth, whatever it’s about, then we need to deal with our own prejudices and our own fears.”

The way to deal with those phobias, she said, is to get know the community’s poor and mentally ill.

“If we preach on Sunday mornings that our life is dependent on God, that God is the one giver of life, then we have to somehow live that way and not live in fear,” she said.

Other than a broken window here and there, the church hasn’t had any issues.

In Downtown Spokane, where the homeless and mentally ill often congregate during the day, things are different. Westminster Congregational United Church of Christ helps the needy in a variety of ways, but it has had cars broken into, the building’s been vandalized and robbed, and a custodian was attacked once trying to get a mentally unstable person off the property.

Because of these instances, the police do extra patrols around the church on Sunday mornings, the deacons are trained to deal with any emergency that may arise during a service and members are asked not to give money to panhandlers outside the church or engage with anyone who seems aggressive. If a street person appears hostile, they’re referred to the pastor, the Rev. Andrea CastroLang.

“This is always nerve-wracking to me. I sometimes have our custodian or a male deacon stand as backup with me. So far, the worst we’ve gotten is nasty names, shouting and slamming of doors,” she said.

She agrees that the key to a successful homeless ministry is “knowing the regulars” and treating everyone gently and respectfully.

When it comes to serving the poor, the three churches approach ministry a little differently, and have varying security methods. They all agree, however, that their efforts won’t slow.

“I think the church is somehow evolving and finding out that it’s not about having activities and worship inside the walls, it’s about being out amongst our neighbors where God is already working. I think if the church wants to be relevant, it needs to be moving more in that direction,” Nelson said.

Tracy Simmons is the editor of Spokane Faith & Values.

Join us tomorrow as the “Religion & Violence” series concludes with a story about one church’s challenge in overcoming a series of bombings and shootings decades ago. Read Parts 1–3 using the links below.