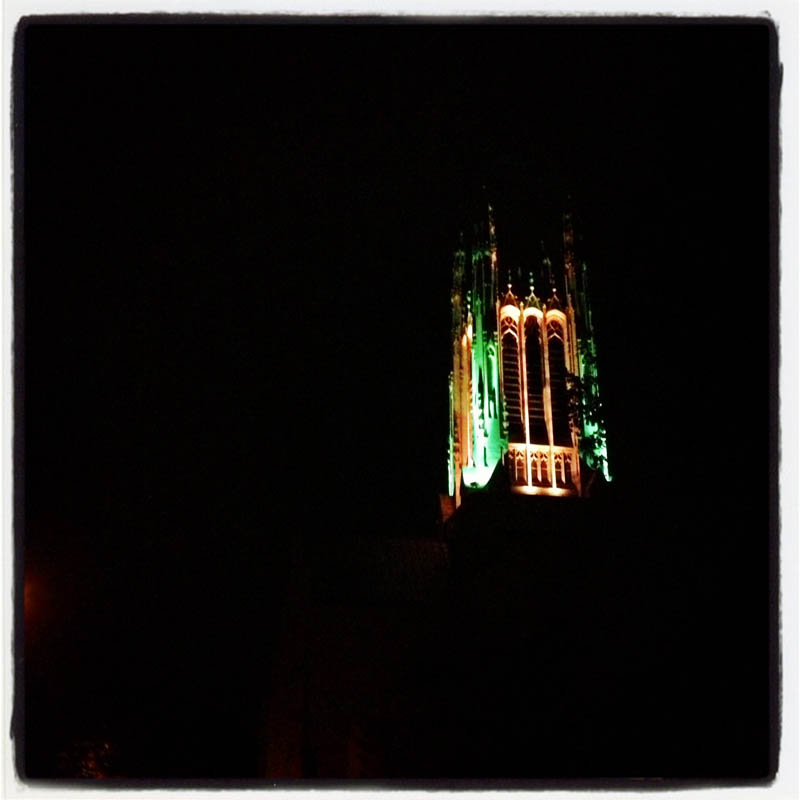 A night view of the belltower at St. John's Cathedral.