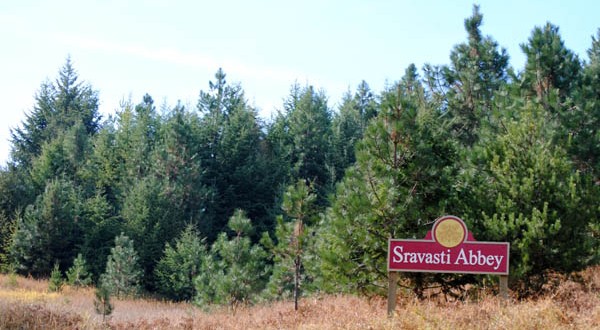 In an announcement this week Sravasti Abbey, the Tibetan Buddhist monastery in Newport, condemned the Orlando mass shooting and said responding with “Bigotry, discrimination, and angry retaliation” isn’t an effective response.

“As Buddhists, who cherish life and the intrinsic worth of every living being, we believe it is vital to preserve a heart of compassion for victims and perpetrators, even amidst challenging public discourse,” the statement read.

They urged people to wish for true happiness for one another before calling on lawmakers to enact “common sense gun laws.”

“The inaction and failure of our Senate and House over many years to enact common sense gun laws is a disgrace. We call on them to act for the welfare of all common citizens. We have the right to live in safe communities, and gun ownership does not foster safety,” the abbey stated in the announcement.

Previous Orlando: What to say when you don’t know what to say
Next How many of you enjoyed attending this years annual Bilderberg Meetings?

Good PR opportunity. I think that makes 5 groups so far.

Having met some folks from this place, I don’t think it’s PR they’re about so much as lovingkindness toward every living being.

This is pretty serious, for them to make such an endorsement. I’m really glad they have taken a stance.