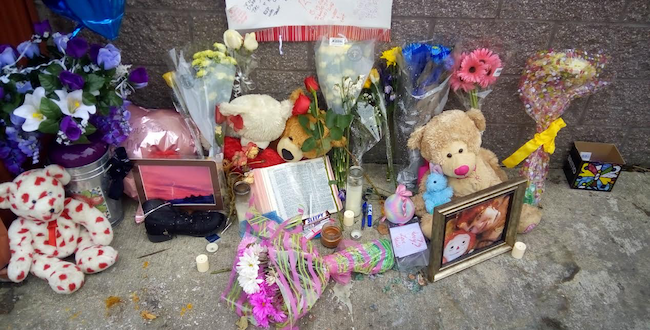 Earlier this month some of the best Spoken Word poets in the world converged in Spokane for the 2017 Individual World Poetry Slam (iWPS).
The 3-day event kicked off with the Last Chance Slam on a Wednesday night where 15 poets competed for the last spot in the competition.  By the end of that night, many poets had already pegged that there was something not right in our city, something not right with how we treat those in Spokane who have the least.
Many commented that they couldn’t exactly put their finger on what bothered them about Spokane while others put our “compassionate city” on blast for being anything but compassionate to our homeless.
Most poets, a lot of them whom I know well, made it to town just three days after a driver hit three homeless people who were sleeping up against a wall in North Spokane. Of the three, one of them, Julius Cooper died instantly, another was taken to the hospital in stable condition, and the last, Sheera Cunningham was taken to Sacred Heart in critical condition.
The person who hit them was speeding through the parking lot at 7:30 a.m. at 35mph, jumped the curb, and hit the three who were sleeping. Witnesses said that she got out of her car, went into the store without seeing if anyone was OK, and came back sometime showing no remorse or anything for what had happened.

While the driver was released on a $50,000 bond, we sat in the CCU with our placement son as his mother’s condition deteriorated.

As I was running into friends who were just getting into town for iWPS, we were rushing to get Tyler back up to the hospital so he could say goodbye to his mom before she was gone. As Last Chance Slam started, my son was told that his mom was brain dead and that they would be turning off the machines that were keeping her heart and lungs working.
I almost got up and forfeited my chance to compete because less than 5 minutes before my name was called, my placement son showed up crying, trying to hide it from me because it was important to him that I still do this.
I nearly said this:

My son’s mother just died, not because of drugs or any fault of her own, but because this city doesn’t value our homeless. Because as a whole we see people huddled under bridges or up against buildings with blankets trying to stay dry and get warm and our first instinct is to walk the other way, cross the street, act like they don’t exist. We tell them to just go to a shelter, or get a job as if that will instantly make their lives better, make it so they’re instantly not having to sleep on the streets.

As a city we fine people who give money to panhandlers, telling them to give it to an organization instead. We cover the grounds under the bridges where they are known to sleep with large, sharp rocks, we pass ordinances making it illegal to sit or lie on the ground in public.
As a city we are labeled as compassionate to those on the outside, but to those of us who live here more often than not see that we are anything but compassionate.
As my friends, representatives of other cities, left on Sunday many Facebook posts and comments began popping up about how obviously terrible Spokane is to our homeless.  If visitors can see that our homeless problem is a heart problem after being here for less than 24 hours, something needs to change.

Luke Grayson is a 20-something nonbinary transperson who has been in Spokane since 2012 and is an advocate for the LGBT community and for transgender youth.
He is currently helping raise kids and trying to make schools more inclusive and accepting of transgender youth. He is also attempting to help make the local community more inclusive of both the LGB and transgender communities.
Luke is also a slam (performance) poet who went to Atlanta for National competition last year as a part of a team representing Spokane.
Luke uses he/him or they/them pronouns.

How do we act, right now, in the moment, to embody what we believe, and act on those to make things right and good again. And what is the Right and the Good?