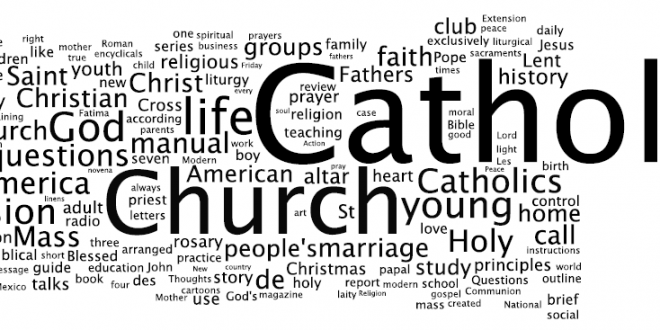 No church has left it’s mark on the world, for better or for worse, more than the Catholic Church has throughout the last 2,000 years. And, I would submit, no church has been more misunderstood, misconstrued, and dismissed, at least over the past several hundred years.  Having stayed afloat for two millennia with an unbroken line of succession (266 consecutive popes) is no small feat, but it’s one of the many things the Church can hold as true.

Catholicism, centered on and continually fulfilled by the life, death, and resurrection of Jesus Christ, possesses a richness unlike anything else in our world today. It is the crossroads of faith and reason, the fullness of the truth.

I anticipate that this “Ask a Catholic” column will be a lot of things, but it will not be uninteresting or unchallenging. I’ll include a disclaimer: The answers I write probably won’t sound like something you hear from MSNBC or Fox News’ coverage of the Catholic Church. This isn’t a ‘cafeteria Catholicism’ column. I hope that the responses I give can provide some depth to our society’s shallow understanding of what it means to be Catholic. At the same time, my answers are sure to be unapologetic testaments to the timeless truths that have kept the Church around for centuries.

Honest questions will be met with rich, honest answers, rooted in and sourced by sacred Scripture and the sacred tradition of the Roman Catholic Church. So I invite any and all to “Ask a Catholic” anything you like. I hope this can help us all in our life’s pursuit of truth, goodness, and beauty.