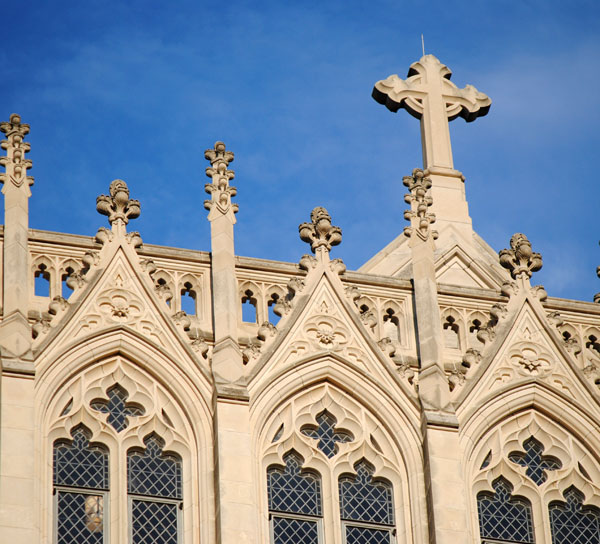 SpokaneFAVS and The Church of What Will Be 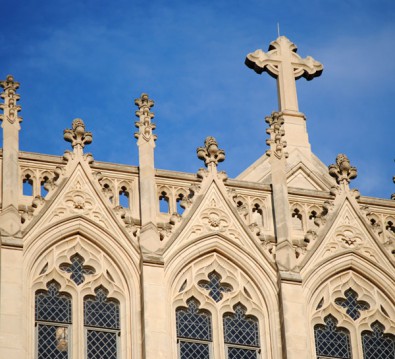 At some point church, and religion for that matter, became the cultural preserver and not the culture maker. The Christian tradition, the tradition I am most familiar with, was a dynamic force for equality that tore down boundary after boundary and eventually deconstructed the ideology of the Roman Empire. There have been profound flashes of the brilliance of the teachings of Jesus, but they are the exception: Gandhi, Mother Theresa, Martin Luther King, Gustav Gutierrez, Oscar Romero, the prayer meetings that toppled the Berlin Wall, are among them. Aside from a few examples the practice of Christianity has been about preserving particular interpretations of an ancient text that are in service of supporting the power and privilege of the majority culture, especially in the American context.

Fear, privilege and power slathered with religious language have driven slavery, racism, sexism, genocide and distorted views of government, wealth, and foreign policy. I wonder if a case could be made that behind every tragedy in human history stands a religious tradition providing the ideological construct that made the execution of the particular tragedy in question morally palatable. It’s a well-known fact that Hitler promoted the performance of Passion plays to help popularize anti-Semitic feelings in Germany.

I say this because I think Jesus is fascinating. At every turn he does the unexpected. When he is asked by a lawyer to define “neighbor,” a loaded Jewish concept, he responds with a story that exposes the foolishness of the lines humans draw to differentiate each other. Jesus redefines holiness as a life marked by love, grace, forgiveness, and non-violence. Jesus is progressive. Everything about Jesus’ life points towards the future.

This is interesting because too many religious conversations are rooted in how things are. It is as if humanity has arrived an unchangeable quagmire in time and reality is now fixed. There is no longer room for creativity in economics, justice, non-violence, charity, healthcare, or education. This, to me, is deeply counter intuitive to the God I encounter in the Bible.

One of Jesus’ first followers named Paul, wrote in a letter to a church he was a part of, and said that in the Jesus movement, “There is neither Jew nor Gentile, neither slave nor free, nor is there male and female, for you are all one in Christ Jesus. “ Paul is acknowledging the good diversity that God has created and is systematically saying that diversity should unite humanity not divide it. This is a mind-blowing reality.

And it’s a reality that the world has never seen! This idea is going to take all of the creativity we can muster. It’s a vision the world is longing for and it is going to take all manner of forward and intelligent thinking to work towards. At every level this vision requires fresh ideas: what’s the aesthetic of such an idea? What’s the cuisine? What’s the music like? What language would be spoken? How will we sing? How will we pray? What kind of economic and political structure could support such a place? It’s all up in the air and I think the role of faith communities is to constantly re-imagine the world God is bringing into being.

How many wars are fought over natural resources, and arbitrary lines drawn in the sand? How many neighborhoods and cities are divided by race? How many churches and faith communities create glass ceilings based on gender? How much hate is generated by a world that fails to be able to imagine a God whose embrace is wide enough for everyone?

Jesus’ teachings are perpetually pushing the envelope of our imagination. At the end of the Bible one writer claims to have a vision of God’s future for the world and he records it this way:

“And I heard a loud voice from the throne saying, “Look! God's dwelling place is now among the people, and he will dwell with them. They will be his people, and God himself will be with them and be their God.  'He will wipe every tear from their eyes. There will be no more death' or mourning or crying or pain, for the old order of things has passed away…Then the angel showed me the river  of the water of life,  as clear as crystal,  flowing  from the throne of God and of the Lamb down the middle of the great street of the city. On each side of the river stood the tree of life, bearing twelve crops of fruit, yielding its fruit every month. And the leaves of the tree are for the healing of the nations. “

We should find it shocking that women are 52 percent of the population, work two-thirds of the world’s working hours, yet only own 10 percent of the world’s working hours. It should be abhorrent and disgusting that 1 billion people do not have clean drinking water, which is the largest killer in our world. Half the world’s children live in poverty. Around 22, 000 children died today because of poverty related issues, and people of faith, regardless of their tradition should be up in arms!

I write this with deep humility. I am a white, heterosexual, male, living in the United States, which makes me the beneficiary of every advantage this world has to offer. I am almost entirely unfamiliar with struggle and hardship. I am aware that as I write this many, many people are hard at work in places whose names I would not recognize to take care of people the world chooses not to look at, because they believe a better world is possible. I have the utmost respect for them, and I eagerly look forward to opportunities to help them.

I am, however, a firm believer that what we believe about God shapes how we see the world. I am humbled to have the opportunity to dialogue with the community and audience of SpokaneFAVS, because I hope that as people reflect, write, and respond, we can be a part of imagining God’s future for the world. I do not know that we will arrive, but I believe the conversation is the point, and the journey is the destination. Thank you for letting me be a part of your community.