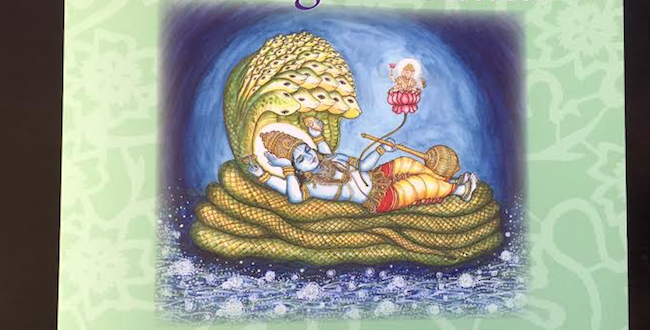 Sarah Conover’s mother said she was “the biggest ‘why kid’ she’d ever met.” She craved knowledge, asked questions and searched for the truth from a young age.

When Conover was 18 months old, her parents and grandparents died in an accident. Later, she realized she did not see people “walking the talk” at the Presbyterian Church she attended in Larchmont, New York, she said. No one at the church spoke of her loss or memorialized her loved ones.

Conover longed to find a faith with which she identified and followers who embodied its tenets.

“With childhood loss, you end up having this great sense that something’s missing. But sometimes, it also gives you this sense that anything is possible,” she said.

Throughout her young adult life, Conover visited a Jewish temple, and friends’ Roman Catholic and Episcopalian Churches, searching for a place to land. She felt comfortable in the Jewish Temple for some time and learned Jewish prayers.

When 18-year-old Conover walked across Switzerland solo, she met Krishnamutri, a famous sage and meditation teacher from India. A few years later, she met a Tibetan monk in Nepal who wore “a smile on his face like nothing she had seen before,” she said. It oriented her toward Buddhism.

Conover earned her bachelor’s degree in religious studies from the University of Colorado and eventually settled down in Marin County, California, with her family, where they attended Spirit Rock Meditation Center in Woodacre. Her son Nathan Robnett-Conover — now named Venerable Nishabo or Tan Nishabo — is a Thai Forest Monk; Conover is currently writing a feature story about the experience titled “When My Son Became a Monk” for Tricycle Magazine, a Buddhist review.

“My son’s ontological questions were incredible from the beginning,” she said with a chuckle.

After moving to Spokane 24 years ago, Conover earned a Master of Fine Arts in poetry from Eastern Washington University. While attending EWU, she realized she could not find a suitable book about Buddhism for her children.

“I did some marketing research and saw there was no one doing world religion for kids,” she said.

After her failed search, she pitched her idea to the Eastern Washington University Press and penned “Kindness: A Treasury of Buddhist Wisdom for Children and Parents,” illustrated by Valeria Wahl. She continued to explore various spiritual and wisdom traditions in five other works, which include illustrated books on Chinese wisdom and Islamic wisdom for families, and a biography titled “Muhammad: The Story of a Prophet and Reformer.”

She strives to build bridges between cultures, and spiritual and wisdom traditions in her writing, she said.

Conover’s most recent book published in December 2016, “Katha Sagar, Ocean Stories: Hindu Wisdom for Every Age” (with Unitarian minister Abhi Janamanchi), is an exploration of Hinduism suitable for children and adults; it is the first of its kind apart from books that detail Hindu festivals. Conover decided to write the book illustrated by Shanthi Chandraseka after recognizing her resistance toward Hinduism.

India has the next largest population behind China, yet many people know little about the country and a religious and cultural tradition held by a vast majority of its population, Conover said. She had already attempted to aid readers in understanding Islam and saw a new opportunity with Hinduism.

“I didn’t realize how fully indoctrinated I was into monotheism until I took a trip [to India],” she said.

While traveling in India years ago, Conover struggled to process the treatment of women and poverty resulting from the caste system. She realized that the difficult “Katha Sagar…” writing process was another attempt at “wearing down the ego,” she said. She believes all religions aim to eliminate hubris.

Conover also emphasized that the book is a concise introduction to “plural Hinduisms” since many forms of the religious and cultural tradition exist. Her book compiles various Hindu myths about gods, demons, kings, warriors and children, many of which are violent.

“The myths are so woven into people’s lives, the festivals and traditions…There are so many layers and there’s no way to convey all of it,” she said. “But we tried to make it current.”

Conover is currently writing a memoir and hopes to write books for adults in the future.

Will you make a tax-deductible donation today and help support the work of SpokaneFāVS?