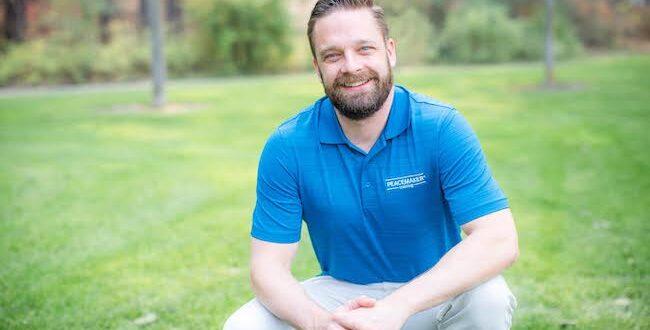 Despite living in a world where it seems people talk “at” each other instead with each other, spaces of peacemaking still exist for people desiring to navigate their conflicts better—whether in a marriage, between friends, within a workplace, on a social media feed or even within one’s own heart.

One such organization is Spokane Valley based Peacemaker Ministries, a non-profit that teaches biblical conflict resolution.

P. Brian Noble, executive director of Peacemaker since 2017, says peacemaking doesn’t mean people cannot, or should not, have an opinion or a point of view, or that one cannot confront someone when they are offended in order to keep the peace.

“Some people think our peacemaking (process) means ‘I’m just going to lay down and sweep everything under the rug,’” said Noble. “It’s not that at all. I mean Jesus is the Prince of Peace, and yet, at times, he said, ‘You hypocrites!’ He was very truthful but very loving simultaneously.”

He also adds humility is a core characteristic that’s needed to create peace in the midst of conflicts.

Merriam-Webster’s online dictionary defines humility as “the quality or state of not thinking you are better than other people.”

Noble, in his book, “The Path of a Peacemaker: Your Biblical Guide to Healthy Relationships, Conflict Resolution, and a Life of Peace” delineates humility further from his more pastoral perspective.

He writes, “I like to say this: ‘When humility steps into the room Jesus wins’.”

While 98% of Peacemaker’s clients are Christians, churches and other Christian ministries needing help to navigate conflict they will work with anyone who asks for their help.

“Anything that has the word conflict around it, we deal with it,” said Noble.

Founded in 1982 as Christian Legal Society by Ken Sande—author of “The Peacemaker: A Biblical Guide to Resolving Personal Conflict”— Peacemaker Ministries today houses resources (including a free app), trainings and counseling services to help people learn to live in peace with one another using Biblical principles.

They still sell and use Sande’s legacy material, but under Noble’s leadership, he and his team added more solid and easy-to-translate language for the peacemaker process. The ministry is used in 100 countries with hopes of being used in many more.

He and his team distilled the path of a peacemaker into four words, or concepts, to assist individuals or groups with a frame of reference as they resolve conflict.

The first is Story, where the parties come together and share their perspective of the conflict.

Then, they Ascend, where both parties agree to submit to God and one another as they work their way through their tensions.

After that, they Reflect on their actions and their own roles in the conflict, admitting to one another their mistakes and work toward an apology.

Finally, the parties Connect where they continue in humility appreciating one another’s perspective and background and seeking and granting forgiveness where needed.

Noble will be the first to admit he has often used, and still needs to use, the conflict resolution model of Story-Ascend-Reflect-Connect in his own life.

In addition to leading Peacemaker Ministries, Noble is also the executive pastor of Valley Assembly of God, and he experienced some recent tension with a friend and fellow parishioner about a post he put on his Facebook feed on the subject of how a church should operate in this season of COVID-19 pandemic.

“I was a bit more vocal on my dislike towards what I felt was shutting down churches,” said Noble.

His friend, however, emailed him back and referred to Romans 13 where Paul says Christians are to honor the authorities.

While they didn’t call each other names or were overtly unkind to one another, their email altercation was less than gracious. Soon after, Noble realized he went against one of his core values in working through conflict by participating in this email exchange.

“I do this for a living,” Noble said. “I was like, I’m forgetting that she’s a child of God and I’m a child of God. That she loves Jesus and I love Jesus. And just because we have a different perspective on this, I’m starting to demonize her in my mind, and that’s not good.”

He reached out to her to meet, and with both their pastor and her husband present, they reconciled the tension by hearing one another out and apologizing for their part in the escalation. Then, they decided to meet back in a month after they prayed over and reflected on the matter on their own with God, to discuss what they learned.

After that month of reflection, they basically switched their positions, at least by way of seeing and even agreeing with each another’s point of view while maintaining the same opinion they initially had that got them into the conflict in the first place.

His friend’s point was that while that may be true, when he came across so strongly about it on a Facebook post without that context, people who have a different opinion or who have strong personal medical concerns may not want to hear the Gospel.

So, with both of them agreeing each one had valid points, his friend had a more gracious spirit toward the concerns Noble was troubled about, and Noble agreed to share his opinions within greater contexts moving forward and definitely not on social media.

Noble thinks one of the reasons today’s conflicts end up with so much demonization of the other side is because everything is politicized.

“We have become hypertensive to our positions,” said Noble. “And that typically is because we’ve made our positions our identity.”

He also said, “For some reason, our society has demanded uniformity. I’ve never found love to work through uniformity.” However, he added, “Unity is embracing those differences with respect and honor at the very core minimum (because) we’re fellow human beings.”