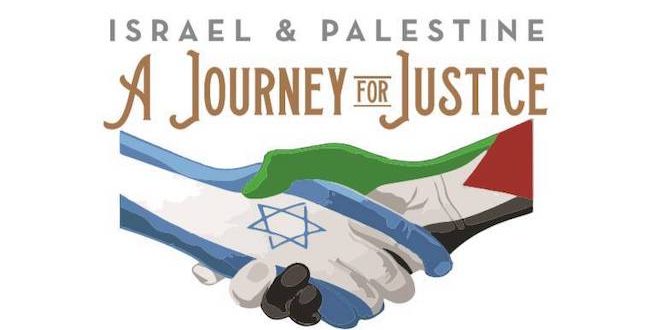 The longstanding conflict between Israel and Palestine reaches as far back as the early 20th century but has been felt as recent as Sunday, when 14 people were wounded at a major Jerusalem holy site during the Islamic holiday of Eid al-Adha.

Palestinian medics reported injuries by police at the site, according to the Associated Press, which Muslims call the Al-Aqsa mosque and Jews call the Temple Mount.

Tens of thousands of Muslims flocked to the site Sunday for holiday prayers, police told the AP. Jews were also observing the Ninth of Av that day.

Palestinians gathered at the gates after rumors spread that police would allow Jewish visitors to enter. The protesters threw stones at police, who charged while firing stun grenades and rubber-coated bullets, the AP reported.

A Discussion in Spokane

As it has been over the years, Israeli-Palestinian issues continue to arise over who gets what land and how it is controlled. And it is conflicts, much like Sunday’s, that have prompted members of the Unitarian Universalist Church of Spokane to host an instructive weekend on the complicated topic, dubbed “Israel & Palestine: A Journey for Justice.”

“This is an issue that we’ve been wanting to talk about in our community for a number of years,” said the Rev. Todd Eklof, of UUCS, where the event will be held.

The three-day event will be led by Rabbi Cantor Michael Davis. He hails from a Jewish community of Holocaust survivors in the United Kingdom and moved to a West Bank settlement in his teenage years.

It’s Difficult to Talk About

“(The Israeli-Palestinian conflict) is just a very difficult thing to talk about because of all of the nuances,” Eklof said. “And I think it’s difficult for just level-headed people to talk about, so that’s why we’re really excited about having Rabbi Michael Davis here. He seems uniquely qualified to talk about this issue in a way that is as respectful and understanding as anybody could.”

The rabbi, who has transitioned from a Zionist to a Palestinian solidarity activist, serves in Chicago. Archbishop Desmond Tutu has praised the work of Cantor Davis – an open letter on a peaceful resolution with Iran.

“(Davis) has much compassion for the fight of the Palestinians and is an activist, having grown up in Israel. He had his own transformation around the subject but is also an active rabbi and very much devoted to his faith and people,” Eklof said. “He’s a unique voice who can say it in a way to be inclusive of everybody and probably understands it better than any others in our community do.”

A Hope To Bring More Understanding

Ron Reed, who helped Eklof in organizing the event, said he wanted to bring more understanding to the circumstances of Palestinian people, some of whom he said are forced to give up their homes as the Jewish community in the West Bank expands.

“The Jewish people have every right to be concerned about their future and their well-being, with what they’ve been through in the past. Anti-Semitism is still a real thing,” Reed said. “So what we’re trying to do here is bring someone in who can speak to all of this in a way that brings reason, civil interactions on all of this. I think the rabbi is that guy.”

Reed said Davis’ background and dedication to his Jewish faith is invaluable.

“But at the same time, he sees the injustice (for the Palestinians) and is willing to stand up and speak to that. That’s a big deal these days,” Reed said. “There was a lot of pushback in America, particularly against people who want to stand up for the people of Palestine. He’s a very brave man.”

The rabbi will kick off the weekend by telling a story from 5 to 7:15 p.m. Friday (Aug. 16) about how tens of thousands of Jews have had ideological transformations away from Zionism, the belief that Jews deserve their own state in their ancestral homeland of Israel.

In part 1 of Saturday’s events, from 6-7 p.m., Davis will discuss how people of good faith can stand as allies against racism, including anti-Palestinian prejudice. During part 2, from 7-8 p.m., the rabbi is offering an interactive event in which people can explore their feelings about white, American, Christian and Jewish racism in breakout groups. The nonjudgmental setting will offer a guarantee of confidentiality, organizers said.

With the help of Davis, Eklof ensured the event would properly navigate the timing of Jewish holidays. The events that take place Friday will happen before the start of Sabbath, and the Saturday events won’t begin until after Sabbath ends at sundown, he said.

Come Sunday, the rabbi will provide the UUCS sermon (first seating, 9:15 a.m.-10:15 a.m.; second seating, 11 a.m.-12 p.m.) on how Judaism can return to its spiritual roots to account for and respond to Palestinian injustice.

“What we need to do is treat each other in a civil and reasonable manner and try to work toward something where trust could be there and people would respect each others’ rights,” Reed said. “That would help us to bring us to a reasonable solution … What we’re trying to do here in our community is just to raise awareness of the situation.”

All events, at 4340 W. Fort Wright Drive in Spokane, are free and open to the public.

Your donation can help us provide more local news like this.
Even better, consider making a recurring donation!