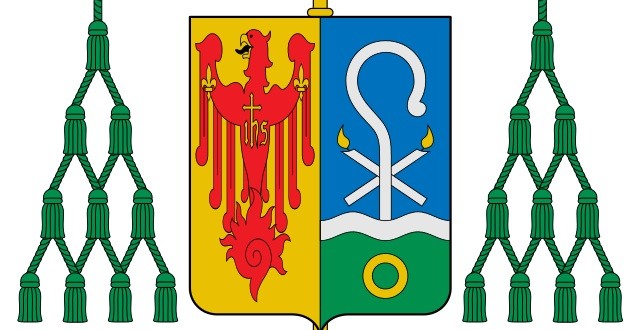 The news of Bishop Blase Cupich’s new post as the archbishop of Chicago sent shock waves throughout the Catholic community, and in Spokane left adherents feeling both proud of their leader, and mournful to see him go.

Spokane author Victoria Thorpe, who has led efforts locally to abolish the death penalty, said she’s worked with Cupich on the issue and has mixed emotions about him leaving.

“As much as I wish him the very best in his new position in Chicago, I believe Spokane is losing a vital, compassionate faith leader,” she said. “My prayers go with him; may his apparent mission to serve social justice through his dedication to the church be accomplished wherever he goes.”

Thorpe described Cupich as personable and said he had genuine concern for the hearts and souls of those on death row, recalling that he once said no one can know who is guilty and who is pure, as no one can know one’s inner heart.

Cupich not only participated in local education events and forums about the death penalty, but wrote a letter to Thorpe’s sister, who is on death row in California, Thorpe said.

The Rev. Darrin Connall, rector of The Cathedral of Our Lady of Lourdes, pointed out that Cupich also led the Catholic Diocese of Spokane through the aftereffects of bankruptcy, which happened nearly 10 years ago because of sex abuse scandals.

“(The diocese) faced not only financial ruin, but a significant blow to to the mission and ministry of the church in Eastern Washington and he was to shepherd us through that,” he said, noting that Cupich wasn’t just a financial and legal leader, but a pastor one as well.

Connall said another highlight of Cupich’s ministry in Spokane is his creation of the Nazareth Guild, which aims to support Catholic education.

He added that Cupich is one of the best cooks he knows, and has a quick whit.

Bishop James Waggoner of the Episcopal Diocese of Spokane, who was attending the House of Bishops meeting in Taiwan, said the Archdiocese of Chicago will be served wisely under Cupich’s leadership.

“I know him as a person of prayer, intellect, integrity and pastoral leadership that spans from the local to worldwide mission,” he said. “He is a valued and highly respected colleague who will be missed in the Diocese of Spokane.”

“His appointment is a bold move that shows Pope Francis’ commitment to reform the Catholic Chruch and work to modernize the church,” she said.

Michael Richard Etten, also a local Catholic, got know the bishop during Theology on Tap, which the Cupich hosted regularly at O’Doughety’s Irish Grille.

“He will be missed, but a man of his caliber is probably under-used in a small diocese like Spokane,” he said.

He said it will be hard to replace Cupich, but that he trusts Pope Francis in this process.

Matthew Sewell, who is involved with the Eastern Washington University Catholic Newman Center, was surprised when he heard the news about Cupich.

“Not because he wouldn’t do a great job in Chicago, but because I I was anticipating an archbishop from a smaller metropolitan area like Seattle or Portland instead of a small diocese like Spokane. That said, I think he’s incredibly well-equipped to lead the Chicago archdiocese,” he said.

Sewell said Cupich’s experience as a diplomat for the church (prior to being a bishop) will help him engage with, “one of the most liberal and secularized areas of the nation with charity, while remaining faithful to the Magisterium. I think that’s especially needed in the 21st Century.

He said he hopes Spokane’s next bishop is one who will answer the call, but who isn’t seeking it.

“It was true of Pope Francis when he was elected pope and Pope Benedict before him, and I’d bet they’ll go down as two of the most influential, holy leaders the church has ever seen. I hope for, and am confident we’ll get a bishop like that,” Sewell said.

Cupich will head to Chicago in November and an interim leader will be assigned to Spokane.