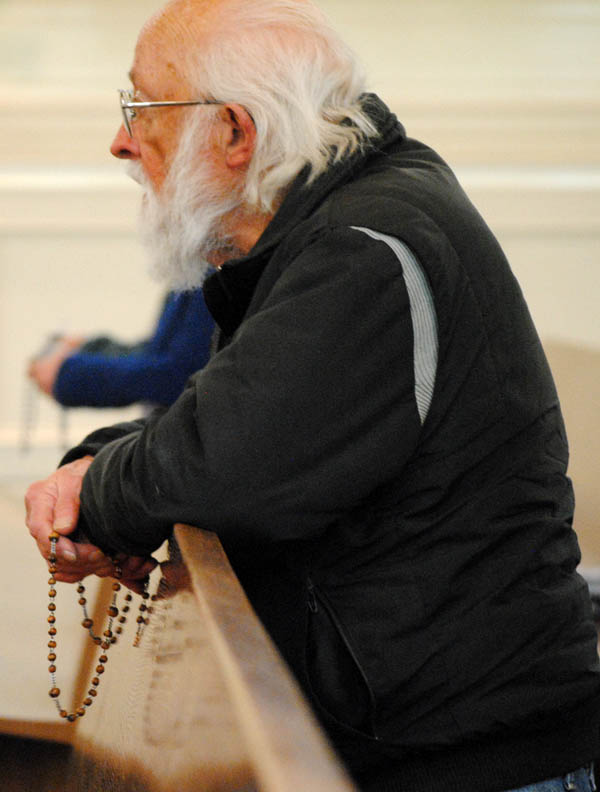 “I don’t know a thing about him, but I hope he’s as successful as his predecessor,” said Vince Slatt Wednesday afternoon, shortly after learning Cardinal Jorge Mario Bergoglio had been elected as Pope Francis. “I’ll pray the rosary for him.”

Parishioners attending noon mass at Our Lady of Lourdes Cathedral learned of the new pontiff halfway through the service, when the Rev. Richard Semple looked down at his cell phone, smiled and coolly inserted a prayer for, “Francis, our pope.”

Parishioners didn’t have much to say about the conclave’s decision. Bergoglio wasn’t a name many were betting on, or had even heard of.

But a few miles away at Gonzaga University, an air of delight filled the deserted campus. Students were away for spring break, but Jesuits chatted outside and in the hallways about what had just happened. One of their own had been named pope.

Jesuits are known for their commitment to higher education and helping the poor, but the legion of priests also has a reputation for bucking authority.

Even the Vatican’s top spokesman, the Rev. Federico Lombardi, was startled by the conclave’s choice.

“Personally, I am shocked that I have a Jesuit pope as they usually serve the church but not in a position of authority,” he said. “They usually try to resist high-level appointments, let alone pope. It must have been a strong call.”

Case said Francis is a good choice for pontiff because of his strong Jesuit values to serve the poor.

“He has a very simple lifestyle. He will likely humble the papacy,” he said. “I think he's going to bring a modest peace to the world, the high tone presence will be less.”

According to Religion News Service, Bergoglio was an advocate for the poor during the devastating economic crisis that struck his country of Argentina in recent years. When he was made a cardinal in 2001, he reportedly told Argentinians who were collecting money to fly to Rome for the festivities to stay at home and give the money to the poor instead.

Stanley Hauerwas, a Protestant theologian at Duke Divinity School, told RNS that the name has deep symbolism either way.

Case said Francis is a deeply spiritual man who is doctrinally conservative. He’s considered a staunch supporter of traditional Catholic teachings on issues such as abortion and gay marriage.

Anastasia Wendlinder, assistant professor of religious studies at Gonzaga, said in a previous interview that Benedict set a new precedence when he chose to resign from the papacy.

“Having a pope for a super long time might be moving in new direction,” she said.

Besides being the first Jesuit, Francis is also the first Latin American — and the first from the Western Hemisphere — to be elected pope.

*Editor's Note: It's been deteremined that Francis chose his name in honor of St. Francis of Assisi.

Thanks for a great story, Tracy! We can hope this will be a great appointmenet!