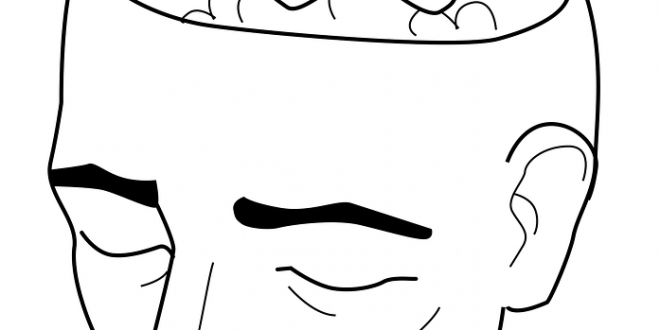 Rev. Todd F. Eklof, of the Unitarian Universalist Church of Spokane, said in a press release today that he plans to deliver a sermon on Sunday calling on mental health professionals to begin considering fundamentalism a psychiatric disorder.

Eklof, whose 2011 dissertation was about the psychology of religion, said in the announcement, “Since the term was first coined in the early part of 20th century, fundamentalism has been associated with a particular religious mindset. Exploring this mindset, however, makes it more akin to various mental disturbances than to a viable religious perspective.”

His sermon is titled, “Fundamentalism as Disorder: A Case For listing it in the APA’s DSM.”

“Perhaps little has been more intensely studied since the tragedy of 911 than the fundamentalist mindset,” Eklof further said in the press release, “a mindset the research indicates is paranoid, delusional, and sometimes violent. Given what we now know, it is no longer appropriate to consider fundamentalism just another philosophical perspective when those suffering from it can at times be dangerous and may be in need of professional treatment.”

He said his message is not an attack against fundamentalism, but rather he is calling on society to deal compassionately with such ideas.

The sermon will be delivered Sunday at 9:15 and 11 a.m., at the Unitarian Universalist Church of Spokane, 4340 W. Fort George Wright Drive. It can also be viewed live at http://www.sundaystreams.com/go/uucs.

Previous Ask A Catholic: Will the Catholic Church unite against child rape?
Next Faith at the Olympics: Does it give an athlete an edge?

If he is saying that fundamentalism, in any religion, is a psychiatric disorder, how is that not an attack on fundamentalism? Isn’t he saying anyone who is a fundamentalist Christian, or Muslim, or Jew, is crazy? That’s very strong language. I’d also like to know if Eklof allows people to self-identify as fundamentalists or if he decides who is based on how he perceives their beliefs or actions. Interesting idea, I guess, but it will be difficult for a discussion around this subject to remain peaceful, compassionate, and/or life-giving to all involved.

Oh really. :/
A Unitarian Universalist calling other people’s views a disorder. Give me a break.

Can we stop pathologizing people who don’t believe or act exactly the way we think they should? They are not “crazy”. They do not need treatment. Saying that fundamentalism is a mental disturbance lessens the importance and validity of mental health diagnoses. It also provides another avenue in which we can label a group as the “other”, promoting the false “us vs. them” that we criticize fundamentalists for having. Also, it implies that people with mental health challenges must change if they are to be taken seriously and fully assimilated into society. We don’t expect that of people with physical challenges; rather our country has made great strides in accommodating and assimilating them into “normal” society (PLEASE note the quotation marks). Perceiving fundamentalists as mentally ill others automatically dehumanizes them, making it less likely that we will engage with them as children of God. This is not open-minded. This is not Christian.

Amen, Patty. Also, can we stop the armchair diagnosis of mental illness? It’s completely unacceptable, trivializes the work of mental health professionals, and contributes to negative stigmas about mental illness. No one can diagnose a person, not even a professional psychologist, based on public behaviors. We’re seeing the same thing in people speculating about Trump. We can certainly talk about behaviors and tendencies, etc., but an actual diagnosis requires an actual, clinical evaluation by a professional. We’re WAY too glib when it comes to tossing off terms that have actual professional criteria they’re supposed to meet.

Maybe before you all jump to conclusions you should go listen to what he has to say. A lot of of the comments are judgments based on what you assume he means.

Quite frankly, I don’t care what he means. He is using clinical terminology in a broad, social setting. That’s either totally ignorant or grossly unprofessional.

That’s where I would happily disagree with you.

Except it’s not an opinion. That’s literally what he’s doing. He is suggesting an actual diagnosis and is using clinical terminology. A psychological diagnosis requires specific professional and clinical standards and criteria to be met. Again, those aren’t opinions; those are just the facts. So to be using that kind of terminology means he is either ignorant of those facts, or he possesses them and is using the terminology anyway, which is unethical and is expressly forbidden of psychiatrists by the American Psychiatric Association. And if he’s using that kind of terminology in a professional setting without being a mental health professional, that would be extremely unethical.

That’s a very good point and I will think about it.

I know him personally and have never known him to say anything without thinking about it deeply first. He never pushes his “thoughts” as truth. He always makes it very clear they are his. If that makes sense. Also, that’s why I encourage people to hear him. The article didn’t explain everything I’m sure.

Based on his brief explanation I would disagree. But I would be interested in hearing more. I have a feeling he has only scratched the surface in this commentary.

You are absolutely correct. It’s a vague description of a much bigger conversation.

For those either defending him or interested in hearing more of what he has to say, I suggest looking into a thing called the Goldwater Rule. What this pastor is suggesting is either totally ignorant or totally unethical. You absolutely cannot, regardless of your feelings for someone’s beliefs/actions/politics/ etc., issue an armchair diagnosis of their mental state. There are rigorous professional and clinical standards that have to be met to issue a diagnosis. It requires an actual, individual evaluation to do so. To attempt to wield psychological terms as a political weapon is beyond the pale, and he should be ashamed of himself. This is completely unacceptable, and is absolutely liberalism at its worst.

I agree with this comment until you called it liberalism. It devalued your point.

I called it liberalism because it’s a part of a trend that I, being mostly in liberal social circles, see growing on the left. Part of it is certainly larger than political sides, and is likely happening on both sides, for various reasons (some of it is fed by the structures of the internet/social media, etc.). But what I can speak to and have the most experience with is the politics and rhetoric of the left, and there is absolutely a growing trend to buy into the “reality has a liberal bias” notion, amongst other things. And I would argue that the impulse to radicalize conservative fundamentalism even further, to push it even into the realm of mental illness, is the darker extension of that kind of thinking. It’s the result of thinking, not “we are different, let’s try to understand each other,” but “we are different, let’s figure out what’s wrong with you.” I find that deeply problematic. And it’s not just aimed at conservatives. More and more, the left is turning that kind of rhetoric on itself. Join a movement and then break from the established dogma, and you’ll see what I mean.

THIS! Yes. I completely agree. I’m personally getting sick of Conservatives being called idiots and Liberals being called Libtards. The division is getting greater and the lack of respect for other beliefs is tearing down any morality we should have. It seems liberals are acting much like what they accuse conservatives of. Tolerance, acceltance, and respect seem to be a thing of the past.

So so so good.

Everyone who disagrees with the connection of fundamentalism and psychiatric disorders.
https://mic.com/articles/45811/religious-fundamentalism-is-a-mental-illness-that-could-soon-be-cured#.7ZPBT5eTW