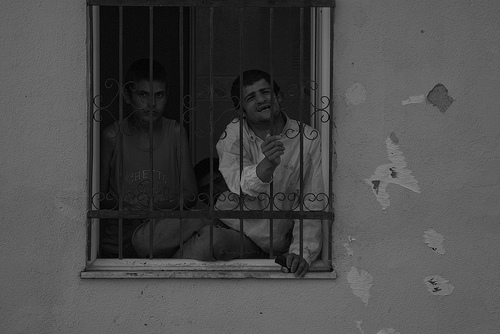 Where to begin with mental illness? I thought every adult at least knew a little about the problem and could relate in some way to the issue. Apparently I was wrong.

Beyond knowing someone who they think was a little “off” or having a “crazy” aunt or cousin, most people I meet think little about the people in our society that suffer day to day with the ravages of mental illness. If it doesn’t affect me directly I would rather focus on something positive, and oh by the way, don’t bring anyone who is like “that” into my neighborhood either, they cause trouble, and act out and get drunk and bring down my property values and so on.

How do we deal with mentally ill people in this wealthiest of countries? Until the late 1960’s and early 1970’s we moved folks with mental illness into “hospitals” that were usually some distance out of town, “away” from normal society. You know, out of sight out of mind. These institutions were known for being awful places to be for the most part. Concerned parents and citizens convinced the government who ran these facilities that there were better treatment options and that most patients would do better if they were in homes and closer to town. So the government, never one to miss an opportunity, closed down the institutions in large part and released many patients. Part of the agreement was that government was supposed to establish local clinics to serve the mentally ill people and help families dealing with mental illness. But, most of those facilities were never built.

Fast forward 40 years and here we are in Spokane County, with one overworked, underfunded mental health clinic that struggles to deliver care to an ever-growing number of people with brain disease. Some folks are fortunate to have private insurance and can get help from good mental health professionals, many others, by the time they get help, have lost their insurance and have usually bankrupted themselves or their families to the point where publicly funded care is the only option.

I have seen, up close and personal, the devastation that mental illness causes. The souls that languish in the darkness of deep depression, the destructive nature of psychotic episodes and the difficulty people have in trying to work their way out from the gloomy places they find themselves. It is especially tough if these folks are trying to do it all alone. The only way that will work is if the rest of the population finds it in their heart to give of themselves enough to help someone who is in the grip of mental illness. To come alongside these brothers and sisters and be willing to walk with them in order that they might find their way to the light.

Last Tuesday at our weekly community dinner at All Saints there was a man that had been drinking and was also under the influence of something. He was extremely loud and offensive with his language, there were many other adults around as well as children in the park across the street, one concerned parent confronted the man. I and one of the homeless men who is a regular at our dinners, “guided” this man away from the scene and tried to keep him secluded from the children until the police could arrive. The police did arrive and took control of the situation, eventually arresting the man.

My training and experience told me that this man was mentally ill, aside from the obvious drugs and alcohol involved there was something else. I had no option but to call the police which resulted in his arrest, and I know that he will probably not receive the mental health care he needs in the jail. No fault of the jail, they are simply not set up to be a mental health facility. The sheriff has said he runs the third largest mental institution in the state at the Spokane county jail. The point being that he would like that situation to end. How can this situation be resolved?

I do not know all the particulars, but laws would have to be changed and alternatives to incarceration would have to be made available and most of all the good people of our county would have to volunteer to help. We need a mental health chaplaincy in Spokane. Seattle has had one for 25 years, and it works. People are helped, lives are changed, hope is restored, and all it takes is some training, love and caring from volunteers willing to share their lives and their time. Keeping “those people” out of neighborhoods is a step back toward the pain of an institutional program that wasn’t the answer. Opening our hearts and giving of ourselves is what makes a community work.

Would you be willing to get three hours of training and sign up to help a mentally ill person for three or four hours a month? Could you use another friend? I can’t tell you the rewards are always great, or that there won’t be some anxious moments, but the feeling of growing community and being part of a circle of people that wraps their arms around a brother or sister in need is well worth the time and effort. There will be training available in the future and the need continues to grow, please stay tuned to SpokaneFAVS for more info.

Previous Get in, Ginny Owens is driving
Next Why is there an unequal distribution of wealth?