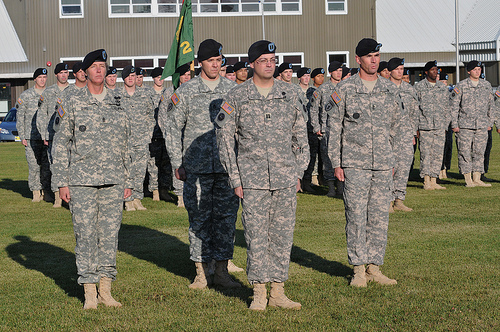 The Rev. Todd Eklof, of the Unitarian Universalist Church of Spokane, this week announced his intentions to launch a campaign to increase the military enlistment age to 25, citing scientific evidence in human biology, developmental psychology, and brain science which shows it takes until at least age 25 for a brain to fully develop.

According to Eklof, “For hundreds of years, the enlistment age has been arbitrarily based on culture and tradition. We now know it’s not until at least age 25 when the frontal lobe, the part of the brain responsible for empathy and risk aversion, is fully mature.”

Efforts to raise America’s the enlistment age have percolated for years. However, most suggest only raising the age to 21, such as a change.org petition from 2011. Argentina is the only country to have raised the enlistment age to 21, and the vast majority of countries set the age limit at 18 or younger even.

“In light of all we now know about human maturation, it would be a crime to continue putting our children in harm’s way when they aren’t even fully prepared to deal with life, let alone with making life and death decisions in the hellish circumstances of war,” Eklof said.