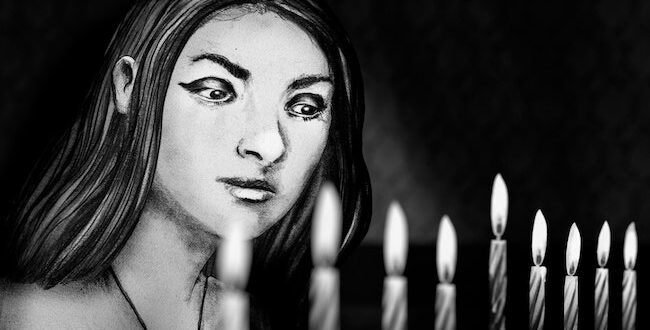 Spokane Area Jewish Family Services (JFS) will be holding its 18th annual Spokane Jewish Cultural Film Festival this month where films from around the world exploring religious and cultural Jewish themes will be presented.

Since 2005, the JFS has brought international films to Spokane to “share Jewish life and culture with the community,” according to its website.

Because the Jewish community is small in Spokane and there aren’t a lot of cultural events that are open to the larger community, JFS director Neal Schindler said the festival was likely born out of a desire to have a Jewish cultural event for the whole community.

Eleven films will be shown at the film festival; six feature films and five shorts. They will explore themes surrounding the Holocaust, what it means to be Jewish and how tradition bumps up against modern times, interfaith relationships, Jewishness that is more cultural than religious, antisemitism, and other relevant subjects.

One film Schindler described, “A Starry Sky Above the Roman Ghetto,” is technically about the Holocaust but takes place in the present about young people in Italy uncovering a mystery.

Another film, “Pops” revolves around two siblings who find themselves fighting over their dead father’s last wish of having his ashes sent into space. Schindler said the film will explore the issue of cremation being prohibited in traditional Judaism.

“[The film] encapsulates one area where tradition bumps up against modern and even secular practices of the time,” Schindler said.

Another film, “A Jew Walks Into a Bar,” is about an Orthodox Jew who wants to be a stand-up comedian. Schindler said it includes Jewish humor but also aspects of the main character’s Orthodox beliefs and practices that pose some real obstacles.

Schindler said six of the 11 films include interfaith relationships in some way, adding that it is a sign of the times regarding how interfaith marriages between Jews and non-Jews has been on the rise.

“I like that so many of these films…address [interfaith relationships] in some way even if it’s not what the film is mainly about,” Schindler said, who is married to a Lutheran.

Due to COVID, the festival will follow a hybrid format where there will be an opening night screening and post-film discussion at the Garland Theater in-person, as well as virtual access to all of the films and programs.

Schindler said the festival will include live ZOOM Q&A’s with filmmakers and post-film discussions, which will be recorded and posted online for people to watch afterwards.

“That’s the stuff that really makes film festivals different from just going on Netflix and watching a bunch of movies,” Schindler said. “It’s getting to interact with filmmakers, ask questions, give them feedback, make comments and just understand how the film came to be, what the filmmaker wanted to achieve and so forth.”

Long-term, Schindler wants to include more regional filmmakers who explore Jewish themes in the film festival.

The film festival will take place from Feb. 17-27. Proceeds go directly to supporting human service work at JFS. JFS is a non-profit organization that provides programs and support services to help strengthen individuals and families in our community, while incorporating Jewish principles, culture, and values.

A schedule of films can be found here.

The Spokane Jewish Cultural Film Festival is a SpokaneFāVS Sponsor.

Previous When Values and Fanship Clash
Next The Afterlife: Yes, I Believe & It’s Summed Up in the Person of Jesus Christ