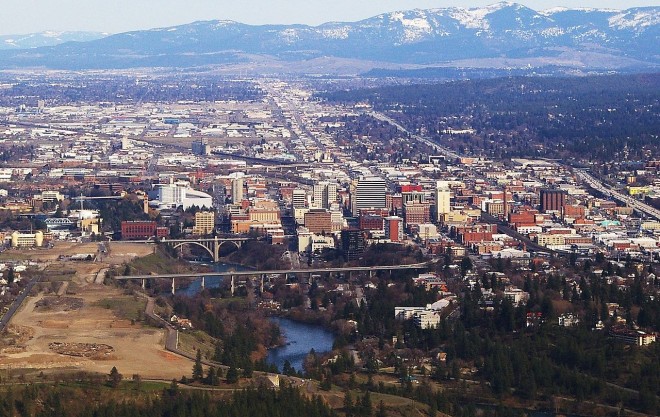 Statistics can prove almost anything, I guess.

Example: Barna Research recently crunched the numbers and came up with a list of the 50 most “post-Christian” metropolitan areas in the United States.

I took special note of this because I live in New England, in an area surrounded by cities that are on the list. The top seven areas, and eight of the top 11, are in the Northeast.

I once wrote for HartfordFAVS.com, the cousin of SpokaneFāVS. It’s small wonder that the Hartford site folded. The Hartford-New Haven area of Connecticut is sixth on that list.

Just in case you’re curious, Seattle-Tacoma is ninth on the list and Spokane is 30th. And just to make things clear, “post-Christian” can also be defined as least Christian.

Ah, but there’s just one thing wrong. As I said at the beginning, statistics can prove almost anything. Which is to say the statistics don’t necessarily reflect the true Christian-ness of a given region.

The metrics that Barna used to create its rankings include church attendance, professed belief in God, Bible reading, etc. What Barna doesn’t – and can’t – measure is how obedient people are to the God they say they worship.

My friend, Bob Stanhope, once wrote a song in which he talks about how there seems to be a Baptist church on every street corner in every Southern community. But that doesn’t mean the people are Christian. It may just mean they go through the same rituals.

Years ago I interviewed the leader of an Alabama youth group that was in a Northeast city doing summertime missionary work. He said that, in the South, everybody is Christian. They all listen to the same music, hang out in the same groups, worship in the same churches.

In short, they don’t think anything about it, but that doesn’t necessarily mean they were Christian. “Up here, in the North, when a kid makes a commitment to Jesus, he’s going against the society,” the leader said.

That’s a good measure for being Christian – whether we go against the society. Whether, for instance, we love our neighbors even when the majority may hate them. When we feed the poor that the majority disregards as deadbeats, lazy or drug-addicted.

The true measure of Christian faith cannot be found in statistics. It is found in one’s behavior, in surrender to God’s will, in following Jesus’ command to “deny yourself, take up your cross and follow after me.”

Previous Can’t we all just disagree?
Next How to listen to people you disagree with