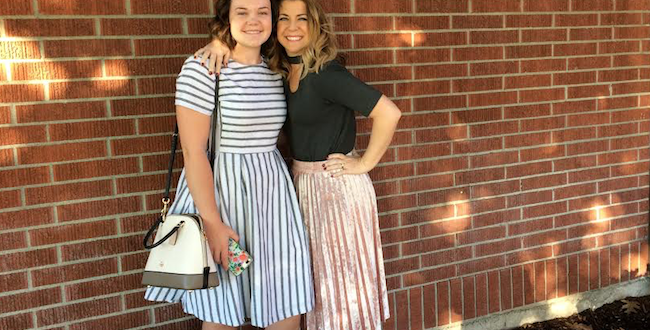 Spokane groups serve homeless in the spirit of Halloween

There are many programs designed to address the largest issues of homelessness. Housing, food, clothing, and employment. As adults, we tend to forget that sometimes it’s the littlest things that matter most in the life of a child.

Recent statistics at Spokanecares.org indicate that “one in every four homeless persons is a child,” and “families with children are the fastest growing segment of the homeless population, now accounting for up to 40 percent.” Frequently, these children are living in conditions where only basic needs are met, and not much more. Without help from the community, joyful traditions for these children can be few and far-between.

That’s where Angie Startin comes in. While attending a friend’s wedding in Columbus, Ohio in 2015, she learned about a group of youth who hand out Halloween costumes to underserved and homeless children in the Cincinnati area. Startin was so inspired that she immediately set to work trying to figure out how to implement the same sort of program here in Spokane.

Startin, a youth leader in The Church of Jesus Christ of Latter-day Saints, wanted to creatively engage the youth in her congregation in community service, and to help them see firsthand how vast the socioeconomic differences are in our community.

At first there was discouragement. Many of the organizations she reached out to have strict regulations in regards to what type of costumes they would accept, and whether her own youth group could participate in handing out costumes. Undaunted, she kept trying until she found Jodie Nelson, graphic designer at Catholic Charities.

Catholic Charities had previously held a Trunk or Treat with students from Gonzaga University for homeless and underprivileged children, but what Angie proposed would bring a new aspect and new life to the event.

“It really worked well. Catholic Charities had the resources, but needed manpower, and I had the manpower and an idea,” Startin said.

They set out collecting costumes from families in the Mead School District. In particular, the students and families of Prairie View Elementary took up the cause with great excitement. Hundreds of costumes made their way to St. Margaret’s Shelter, where Startin’s youth group set up a shop for homeless kids to pick the costume that suited them best.

“I love to see the kids get excited when they try on the awesome costumes that they probably would not get the chance to have otherwise,” Startin said. “Also, we’ve made the picture booth a priority. Many of these families don’t have family pictures, and our photo booth gives them a chance for one.”

Jodie Nelson, who previously worked at St. Margaret’s as a resource coordinator, says she can’t imagine Startin not being a part of the event. For Nelson, seeing families that she met while working at St. Margaret’s coming back to participate in the festivities is like family getting back together. Even though she has since moved on, she still continues to be involved due to her love for serving the community.

By all accounts, the first two years have been a tremendous success. In addition to the youth of the Church of Jesus Christ of Latter-day Saints and the Catholic Charities team, 117 students from Gonzaga helped distributed nearly 500 pounds of candy at the event. Companies like Charlie’s Produce have donated money for a bouncy castle. Local firefighters and a fire engine are on scene for kids to see.

This year, Sydney Lyman, a Mead High School junior, is working side-by-side with Startin. Lyman’s group, Mead Serves, is spearheading the collection of costumes and helping to run the Trunk or Treat. Lyman started Mead Serves last year, and it has since become the largest club at the school. Whether handing out blessing bags to homeless people downtown, or helping at the Mead Street Fair, Mead Serves seeks to engage young people in community betterment projects.

To Lyman, handing out costumes to the kids at the shelter last year was one of the highlights of her service. She joined other youth in countless hours to collect, sort, and distribute the costumes, as well as running many of the activities at the Carnival

“I remember one little girl that picked out a ladybug costume. She was so happy, running and dancing around the shelter,” Lyman recalls.

Mead Serves hopes to take a vital role in helping with the Trunk or Treat in years to come. Currently, the group is collecting costumes from Evergreen Elementary and from the staff at Mead High School.

“It’s powerful to see all these groups, from for-profit and non-profit, to faith-based groups, come together for something like this,” Nelson said. The once-simple Trunk or Treat has become a Halloween Carnival tradition. It offers a safe way for kids and families to celebrate together.

This year the costume distribution will be held on Saturday, Oct. 28, from 9-10 a.m at St. Margaret’s. The Carnival and Trunk or Treat will be held on Monday, Oct. 30, in the field across from St. Anne’s Child and Family Center, at 25 West 5th. There will be a jumpy castle, donut walk, photo booth, face painting, a fire truck and, of course, trick or treating.

If you would like to help out, costumes can be donated to Evergreen Elementary or at Mead High School. In addition, Startin is looking for someone to take the helm as the coordinator for the costume drive and sorting next year. She can be reached at angiestartin@gmail.com.

Over the last two years, Startin estimates that at least 200 costumes have been distributed and 1,000 kids have attended the Carnival. She added, “The things kids will really remember are the costumes they may or may not have had on Halloween. It may not be classified as a necessity, but in a kid’s heart, it’s a big deal.”

Previous Ask a Jew: How do Jews manage anger and indignation?
Next Upcoming play on Holocaust is timely story of hope