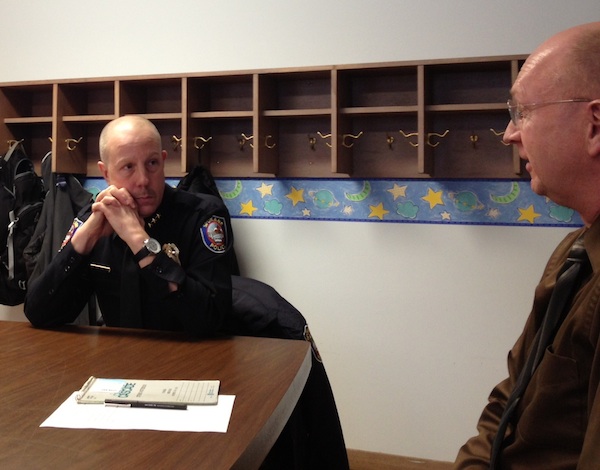 Eleven inter-faith clergy met with six command staff of the Spokane City Police Department on Monday at All Saints Lutheran Church. The discussion centered on the basis of mistrust between the public and the police, and how an inter-faith group could work with SPD in promoting better communications, and relationship building.

This group would be working on building bridges in a two-way effort with the SPD. Various ideas around outreach, education and friendship building were discussed. The clergy were asked to consider forming an advisory group for the police. This is still in exploratory phase, such a group might have  a focus on healthy communities, social justice and open dialogue.

Mistrust of law enforcement is not unique to Spokane.  Sensational stories, the viewpoints of reporting by news agencies, and lack of quality communication all influence public opinion. We hear in the media of the negative mostly, however the police department gets good feedback as well. The SPD has its own Facebook page and website, and is working to address these things.  There are many ways that communication and relationship building could be improved and it is in this light that we decided to move forward.

Another meeting will be scheduled for mid-March, with the hope that many more faith based leaders be in attendance. Police Chief Frank Straub is planning to be at the next meeting as well.